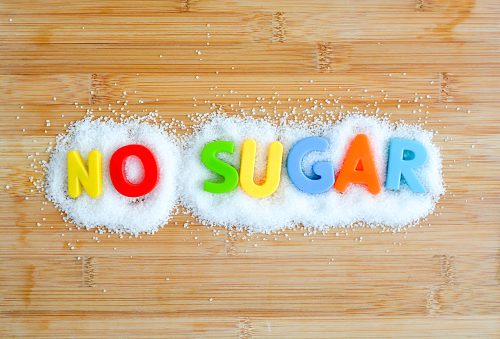 In a recent study, supported by the National Institutes of Health and the U.S. Department of Agriculture, scientists from Oregon State University, found that liver damage caused by the typical “Western diet” may be difficult to reverse. The study shows that while a diet with reduced fat, sugar and cholesterol helped the liver, it did not fully resolve liver damage that had already been done.

To make matters worse, the irreversible damage can lead to secondary complications like cirrhosis of the liver and even malignancy.

This study, which is published today in PLOS ONE, was conducted with laboratory animals. The results of the study showed that diets low in fat and cholesterol could help with weight loss, improved metabolism and health. But if the diet has a high sugar content, the chances of liver recovery was considerably reduced.

As liver issues such as nonalcoholic fatty liver disease are on the rise in the U.S., affecting 10-35% of adults and an increasing number of children, the findings of the study are very significant.  That number can go up to 60% in obese and type-2 diabetic populations.

According to Donald Jump, a professor in the OSU College of Public Health and Human Sciences, many people eating a common American diet rich in unhealthy fats, cholesterol and sugar, are developing extensive scarring of their liver. Prof. Jump, who is also a principal investigator with the Linus Pauling Institute, and corresponding author on this research believes this kind of liver scarring is the first step towards a reduced liver function, and can even lead to cancer.

There has been a lot of work done in identifying a causative link between unhealthy foods and liver damage. And while there is a causative link, unfortunately abstaining from a fatty, cholesterol rich diet is not enough to slow down the damage. For that to happen, the intake of sugar too has to come down. And even then, there is still a question mark over whether the damage which is already done can be reversed.
For the current study, the scientists analyzed two groups of laboratory mice that had been fed a “Western diet” and then switched to different, healthier diets.

Both the healthier diets were low in fat and cholesterol, but one of the groups continued to have a high sugar diet

Both of the improved diets caused health improvements and weight loss. But the group that was fed a high sugar diet comparable to the Western diet – had significantly higher levels of inflammation, oxidative stress and liver fibrosis.

From the study, it is obvious that the presence of sugar in the diet plays a key role in the liver damage, and an inverse role in the speed of liver recovery – the more the sugar, the slower the recovery.

The team believes more complex studies need to be done to determine whether a comprehensive program of diet, weight maintenance, and exercise in combination with specific drugs can fully resolve scarring of the liver.