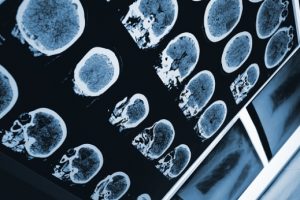 Stroke recovery can be improved with a new treatment that creates new nerve synapses – essential for learning – in the brain. Researcher Marcela Pekna explained, “More nerve sprouts and connections between nerve cells are created so that the remaining cells can take over functions that the dead cells once had.” The researchers focused on C3a peptide, which is naturally produced in the body and especially as a result of certain conditions. The researchers administered C3a to mice through nasal drops.

Of the 28 mice with stroke, half received C3a peptide while the other half received a placebo. Those mice treated with C3a recovered much better than the mice on a placebo. Although mice are capable of recovering from stroke even without any therapy, C3a sped up the recovery and enabled them to use their stroke-affected paws more easily and effectively. The effects of the treatment remained four weeks after the completion.

Pekna explained, “Say a stroke kills 10 million brain cells. Newly created cells equal less than one percent of those that died, and how much can that help? The formation of new nerve synapses is what allows a person to learn, for example, to speak or use her hands and legs again.”

Although C3a was successful in promoting stroke recovery it can only be administered through nasal drops. When given orally or intravenously, C3a is inactive. Another issue is the cost of the treatment. C3a is very expensive to produce, so a smaller, cheaper molecule with similar properties needs to be developed.

The first and foremost objective of the initial treatment for stroke patients is removing the blood clot. This must be done within the first few hours of experiencing a brain attack to avoid serious damage. Unfortunately, majority of patients arrive too late to the hospital. Combining the emergency treatment with effective rehabilitation therapy can help improve health outcomes and speed up the recovery. Researchers suggest that C3a therapy could even treat other conditions, for example, brain damage after a road accident. Further research is required to explore the potential uses of such treatment.

Researchers at Johns Hopkins University School of Medicine recently conducted a study that suggests a stroke can help the recovery process in certain cases, boosting brain’s plasticity. The term “plasticity” refers to brain’s ability to change and form new connections.

These findings demonstrate that the “window of opportunity” for motor function isn’t permanently closed after brain damage from the initial stroke. The complete details of the study were published in the online issue of Neurorehabilitation and Neural Repair.

While the researchers emphasize that the results of their study should not be taken as a case for inducing strokes as a therapy, they do suggest that the stroke makes the brains of mammals far more “plastic”. They hope that their study paves the way for further research aimed to develop safe and ethical methods of helping people with stroke-depleted motor function.

According to Dr. Steven Zeiler, assistant professor of neurology at the Johns Hopkins University School of Medicine, this study clearly demonstrates that there is a sensitive period following stroke where it’s easiest to relearn motor movements. He believes that reopening or extending the optimal recovery period after a stroke can play a crucial role in helping treat stroke patients better.