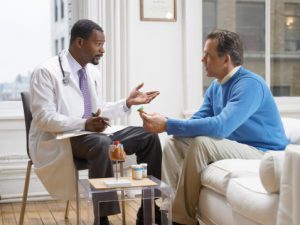 Recovery after heart surgery improves with psychological support, according to a recent study published in BMC Medicine. Professor Winifred Rief of the University of Marburg, Germany, conducted the study utilizing the placebo effect. He offered different levels of psychological support to three different groups, all undergoing cardiac surgery.

Patients were all addressed pre-surgery—one group was given high expectations about recovery, another given psychological support but no expectations for recovery, and the third given the standard medical care. Those in the first group had the quickest recovery, as they scored lower on disability tests and reported being more active and mentally healthy six months after their surgeries.

The benefits of providing psychological support in the form of raising post-surgery expectations were further increased if the support was personalized to each individual patient. They were put through a series of exercises and asked questions with the aim to raise the outlooks of their quality of life after their surgery. Each set goals for what they would like to accomplish post-surgery, including things like participating in sports and traveling. Patients also worked with a therapist to help them create an achievable vision of recovery and plan for how they would return to their everyday lives. The effectiveness of this psychological intervention prior to surgery is more pronounced if it can be easily implemented into regular cardiac care.

While the group with raised expectations had the highest rate of recovery, those that received psychological support also saw some of the same benefits. Professor Rief commented on this, stating, “Compared to the group receiving standard medical care, both of the groups receiving some level of psychological support had better recovery.” While they did not have the same results as the group with raised expectations of recovery, the group that was given emotional support showed some improvement over those who received the standard medical care, which suggests that any level of pre-surgery psychological intervention can be beneficial to patient recovery. This is the first study of its kind to assess the effectiveness of the placebo effect on cardiac patient recovery post-operation in a controlled trial.
Professor Rief’s study may be the first of its kind, but with such promising results, it surely won’t be the last. More research is needed to determine whether pre-operative psychological intervention holds enough merit to be implemented permanently by physicians as part of the standard medical care. With benefits such as an improved recovery time and better physical and mental health, it is safe to conclude that psychological intervention prior to surgery may soon be the first step in post-operative recovery.