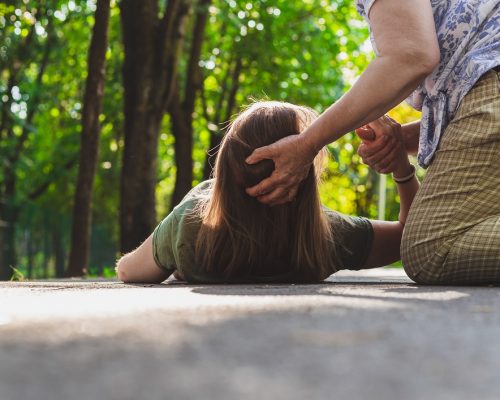 Stroke is the third leading cause of death among women in the United States. Although twice as many women die from stroke compared to cancer and breast cancer, many are not aware of the warning signs.

Women account for 51% of all people worldwide who have experienced a stroke, so learning about the health event is crucial for both prevention and quick diagnosis. Understanding the risks associated with stroke can help women take the necessary steps to prevent a stroke. It will also enable you to get treatment faster if you know the symptoms. If you have a stroke, every second counts.

Knowing these signs can help save lives.

There are many symptoms associated with stroke, and it is vital to know what they are so you can act quickly if you notice them in yourself or someone else. These symptoms include:

If you notice any of these symptoms, call 911 immediately, even if the symptoms go away.

Stroke Can Happen in Younger Women

Strokes usually happen in older women, but the WHO reports that 8% of all strokes and 4% of all stroke-related deaths occur in women under the age of 44.

Younger women are increasingly showing the risk factors associated with stroke, including obesity. Studies have found that women who are obese or those who have gained more than 44 pounds since age 18 are 2.5 times more likely to have a stroke than those who maintain a healthy weight.

While obesity is a risk factor for stroke on its own, it can also contribute to other significant risk factors including high blood pressure, type 2 diabetes, and heart disease.

Pregnancy and birth can also be risk factors for stroke. Certain complications may cause stroke, including infection and preeclampsia. Generally, clotting activity is heightened during pregnancy.

Black and Hispanic Have a Higher Risk

According to the Office of Minority Health, black women are twice as likely to have a stroke as white women. They are also more likely to die from a stroke than either white women or Hispanic women.

Migraines are not only a crippling headache, but they have also been associated with an increased risk of stroke when accompanied by a migraine aura. Although the reasons for this are not well understood, it has been thought to be associated with hormonal changes.

A transient ischemic attack, also known as a TIA or “mini-stroke,” causes the same symptoms as a stroke in women but lasts only minutes to a few hours. Even though these small episodes might not leave any lasting effects, you should still seek medical help. Having a TIA puts you at a greater risk of having a stroke, so you should speak with your doctor about ways to prevent a full-blown stroke.

Just remember that every second counts if you have a stroke, so if you notice any symptoms in yourself or others, the sooner you get treatment, the better the chances of surviving and successful rehabilitation and recovery.