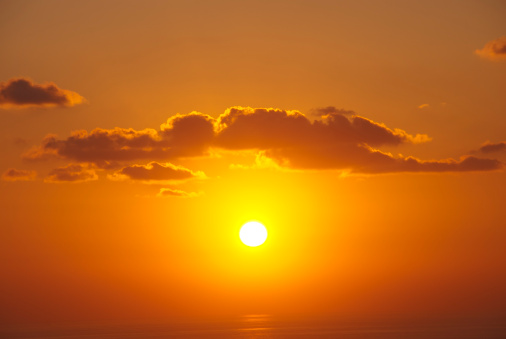 If you love hot, humid weather, you probably embrace the heat waves that we are often faced with during the summer months.  Unfortunately, according to new research, these heat waves may be harmful to your immune health — especially to your respiratory system — due to rising ozone production.  This new research was conducted by the Stockholm Environment Institute (SEI) at the University of York and was recently published in Atmospheric Chemistry and Physics.  Because of the hidden hazards to your health, you may want to consider staying indoors the next time a heat wave rolls around.

Vegetation and Protection from Air Pollution

Normally, vegetation (plants) plays an important role in curtailing air pollution from traffic and industrial processes by absorbing ozone production.  Dr. Lisa Emberson, who was the lead research of the SEI study, states that vegetation can absorb up to 20% of the global atmospheric ozone production.  However, the SEI research found that vegetation does not provide protection during extreme heat waves, when ozone production is at its peak level.  This happens because ozone absorption processes that normally occur in plants are affected by extreme heat and drought conditions.  The stomata (which are the pores on plants leaves) close in an effort to conserve water during  the extreme heat and drought periods.  This allows plants to survive during extreme weather but also limits their ability to absorb ozone and other air pollutants.  Because vegetation can absorb substantial amounts of air pollution, when they shut down during extreme weather it can have a significant negative impact on air quality.  Consequently, the reduced air quality that results from plants shutting down can have a negative impact on our respiratory and immune health.  The researchers from the SEI study set out to determine the extent to which increased ozone production during heat waves affects our health.

During the summer of 2006, a heat wave and accompanying drought passed through the United Kingdom and parts of Europe.  Researchers from the SEI, as well as those from King’s College in London, focused their research on this particular event for the current study. Two models were used to measure human health and ecosystem risk assessment and two different scenarios were investigated.  The first being perfect ozone absorption by plants and the second being minimal ozone absorption by plants.

The results showed that the minimal ozone absorption by plants resulted in 16 days of ozone levels above the level considered safe for humans across the whole United Kingdom and up to 20 days above safe ozone levels for humans in the East Midlands and Eastern United Kingdom.  The researchers also calculated that during the months of June and July, minimal ozone absorption by plants would have accounted for 970 premature deaths.  If the plants had been absorbing ozone at perfect levels, 460 of these premature deaths could have been prevented.

People with Respiratory Conditions at Risk

Dr. Emberson reports that increased ozone production can have a negative impact on immune health as it can seriously affect the respiratory system by increasing lung inflammation and decreasing lung function.  This can lead to an aggravation of respiratory conditions, such as increased asthma attacks and increased severity of these attacks.   While people with respiratory conditions are affected the most, even healthy individuals are advised not to engage in high levels of physical activity at times when ozone levels are higher due to the health dangers that can occur.

Implications for the Future