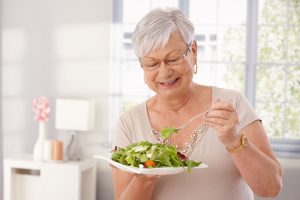 A lot of people blame weight gain on “middle age.” There they were, cruising through life in a state of slenderness, when all of a sudden, the waistline grew out.

But a new, wide-ranging study suggests that metabolism actually peaks much earlier, and more importantly, slows down much later in life than was previously thought. So that middle-aged weight gain may have more to do with lifestyle than your body’s natural rhythms.

First off, let’s take a look at a few important terms:

Metabolism: The combination of chemical processes that allow organisms to sustain life. In humans, it includes the conversion of energy from food into energy for life-sustaining functions like breathing, blood circulation, digestion, eliminating waste, and building and repairing cells.

Okay, so now that the terms are out of the way, let’s look at the study recently published in Science. Researchers looked at 6,421 participants (64 percent female) between 8 days old and 95 years. Participants came from 29 countries.

They calculated TEE, and were able to identify four distinct phases of energy expenditure (metabolism) over a lifespan.

Particularly interesting, they found that total and basal energy expenditure were stable from ages 20 and 60, regardless of gender. In fact, they found that TEE didn’t start to decline until age 65 and that BMR started to go down between 46 and 47.

At around 60, TEE and BMR both started to decline, along with fat and lean mass. But declines in energy expenditure were higher than what would be expected from less fat mass.

Of course, there are always individual variations, but these results suggest you may have more control over weight management than you think at a later age. Eating a healthy, balanced diet, getting at least 150 minutes of activity, good sleep, and managing stress can all help you maintain a healthy weight to reduce the risk of heart disease.