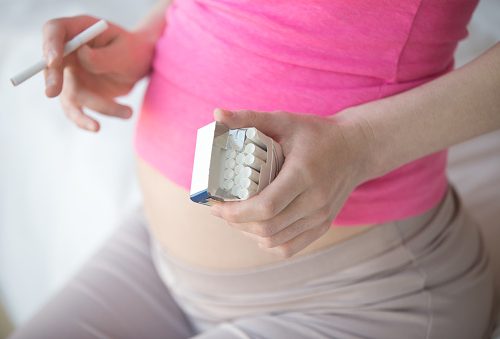 Senior author Dr. Jim Greenberg said, “We have long suspected that smoking status during pregnancy is underreported. But now we know just how many women struggle to quit smoking when they are pregnant.”

Smoking while pregnant poses many risks to the fetus, including premature birth, infant death, and birth defects.
The researchers reviewed the birth records of over 700 women from Ohio, because in this state birth records include smoking habits in the last trimester. The self-reports were cross-referenced with urine samples. Less than nine percent of the women reported smoking, but the urine samples revealed nearly 16.5 percent of the women were being exposed to nicotine.

Eight percent of black women in the study admitted to smoking while pregnant, but the urine samples revealed up to 21 percent of them were actually smoking.

Greenberg continued, “This is extremely important new information for us as we work to better understand risk factors for preterm birth.”

The researchers suggest more public awareness needs to come out involving the dangers of smoking during pregnancy and the importance of quitting.