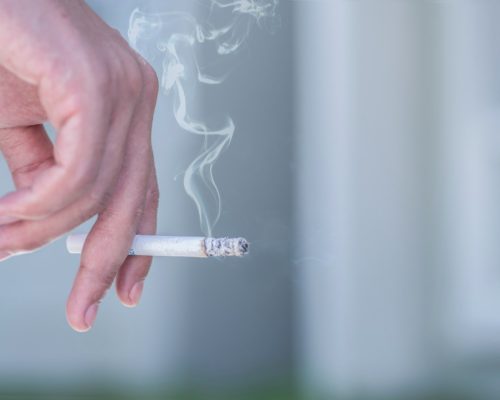 Corresponding author Jeffrey Sparks explained, “Ours is the first study to show that a behavior change can reduce risk for seropositive RA. Risk isn’t just about genes and bad luck–there’s a modifiable environmental component to the onset of this disease and a chance for some people to reduce their risk or even prevent RA.”

The study included over 230,000 participants of which 1,528 developed rheumatoid arthritis. The researchers focused on 969 seropositive cases, which refers to patients who have auto-antibodies related to RA and tend to have more severe disease progression and deformities.

Risk of RA among seropositive cases dropped down to five years for women who quit smoking and continued to decrease the longer they did not smoke. Seronegative cases were not influenced by smoking status, which suggests that seronegative and seropositive RA are different diseases.

Sparks added, “One of the lessons here is that it takes sustained smoking cessation to reap the full benefit. Whereas for other diseases, such as cardiovascular disease, quitting smoking can provide a more immediate effect, here we’re seeing benefits decades later for those who quit smoking permanently.”

It is still unclear as to how smoking and RA are linked, but it is speculated that smoking affects a preclinical disease process which leads to the formation of RA-related auto-antibodies and increases inflammation. Further investigations will look at smoking cessation and RA among men.