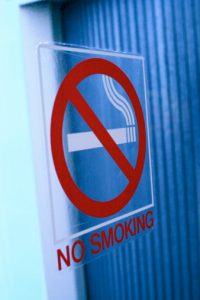 If you’re at a pub having a few drinks and you’re thinking about reaching for a cigarette, you may want to think twice.  New research published in the Journal of Studies on Alcohol and Drugs has shown that smoking can actually make your hangovers worse which may leave you wondering if you should finally quit smoking.

Researchers from Brown University studied data from 113 university students from a mid-western university in the United States over a period of eight weeks to investigate the effect of smoking and drinking on hangovers. These students were asked to complete online surveys that asked them about their prior day drinking and smoking habits as well as their present day hangover symptoms (tiredness, headache, nausea and concentration difficulties). The researchers looked at data on days when alcohol consumption was high enough to experience hangover symptoms the following day and then looked at data from lighter drinking days.

The researchers found that when looking at data from days when there was a relatively high blood alcohol concentration (BAC), estimated at 110mg/dl, smoking significantly increased the odds of experiencing a hangover. In addition, on heavy drinking days, smoking also increased the severity of the hangover that an individual experienced.

While the exact way in which smoking and hangovers are related is not fully understood, researchers point to nicotine in cigarettes as a possible culprit. They suggest that the increase in severity of hangovers may have to do with the pharmacological effects that nicotine has on the body’s nervous system. The researchers of this study also point out that previous research has found that nicotine receptors in the brain have an effect on subjective drinking responses. Smoking and drinking combined, increase dopamine (the feel good chemical) in the brain.

Smoking is the leading causes of preventable death in the United States. It is no surprise that there are many health benefits associated with smoking cessation, including a decreased chance of suffering from a severe hangover. Soon after you quit smoking, your circulation will start to improve, your blood pressure will start to normalize and breathing will become easier. You will also notice that your sense of smell and taste start to improve as well. Your risk of cancer also decreases with each year that you are smoke-free. All of these health benefits mean that you’re likely going to live longer when you make the decision to quit smoking.