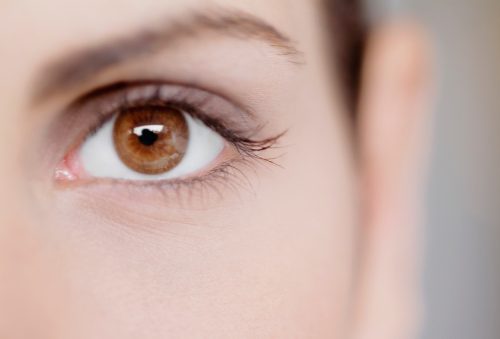 Living through a natural disaster can be a harrowing experience. Earthquakes, tornados, and floods can destroy homes, separate families, and can even be fatal. Surviving a natural disaster can leave a lasting impression as well. Researchers at Binghamton University have been studying disaster-related stress and the risk of depression. They believe that the presence of pupil dilation in these individuals can help lead to targeted intervention.

Our eyes express our emotions

To help prove this theory, the researchers recruited 51 women living in the greater Binghamton, N.Y. area. They were there during the flood of 2011 that affected their lives or their children to some extent. The participants also had to have a lifetime history of major depressive disorder or no history of mood disorders at all.

They compared these groups of women and found that those who experienced higher levels of flood-related stress exhibited decreased pupil dilation. This can be used as a predictor of significantly increased depressive symptoms, according to the researchers.

“One of the theories of depression is that there’s a lot of vulnerabilities for depression that lay latent until stress activates them. Our idea with the flood is. Here’s this big objective experiment where there’s a disaster outside of everyone’s control, and it’s happening to the community and there’s kind of varying levels of stress that are happening at each of these family dyads. Our idea was to look at a vulnerability factor/risk factor pupil response and see if we could predict which families have the most depression following the flood if they had more of this particular risk factor.”


A new clue to identify depression

Natural disasters happen everywhere, and the researchers hope to design programs to provide effective prevention and intervention for depression. Being able to identify people with decreased pupillary response to emotional stimuli and higher levels of disaster-related stress will allow doctors to provide more efficient treatment.

It is estimated that 20 to 25 percent of people who experience a natural disaster go on to develop depression. Limited resources following such events limit the psychiatric care provided to survivors. This study—the first of its kind—provides further incentive to increase post-disaster psychiatric care.