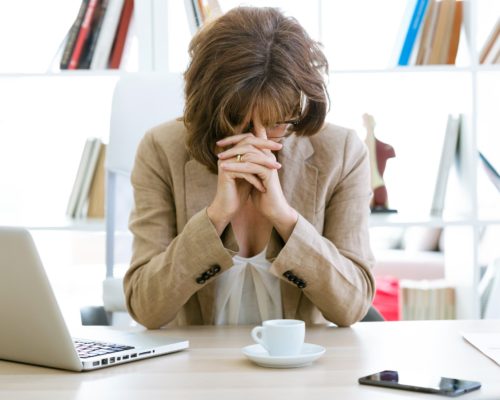 The way women with heart disease deal with mental stress may put them at an increased risk for heart attacks and other cardiovascular events. According to a study presented at the American Heart Association’s Scientific Sessions, this risk of cardiovascular events does not appear to be the same in men.

The study presented at the premier global exchange measured changes in inflammatory biomarkers in blood that are associated with stress. It was measured in 615 patients with an average age of 63, 25% of them being women. All participants showed stable heart disease before and after a psychologically stressful activity. To induce stress on each of the participants, they were given a short speech test including two minutes of preparation time and three minutes of speaking.

Known inflammatory biomarkers interleukin-6 (IL-6), monocyte chemoattractant protein-1 (MCP-1) and matrix metallopeptidase-9 (MMP-9) were measured in participants while they were at rest. They were also measured before the speech, and then again 90 minutes after their speech. This time allowed the body time to produce and release inflammatory molecules into the circulatory system.

Participants were then tracked for a median follow-up of three years. During this time, 82 participants either had a heart attack, were treated for unstable angina, had heart failure, or died.

Researchers found no significant associations between risk of major cardiovascular events and inflammatory response to stress. However, there were sex-based interactions for some specific biomarkers. In the IL-6 biomarker, it was found that each unit increase in response to stress was associated with a 41% higher risk of major heart-related events among women, yet this was untrue among men.

It was also found that each 10-unit increase in the MCP-1 biomarker in response to stress was associated with a 13% increase in risk of a major heart event. Again, this response was only found in women.

“In clinical care, the role of psychosocial stress, or stress during daily life, is often under-recognized and has not yet been incorporated in cardiovascular risk prevention guidelines,” said study author Samaah Sullivan, Ph.D., an instructor in epidemiology at Emory University’s School of Public Health in Atlanta, Georgia. “We hope health professionals can advise patients with heart disease, particularly female patients, about the importance of reducing stress through suitable interventions or techniques and refer patients for appropriate mental health care and support.”

These findings help to back prior studies that have shown women with existing heart disease have distinct biological responses to stress that may increase their risk of heart events compared to men.

Managing psychological stress is a good idea for overall health. It is known to increase inflammation throughout the body, which may lead to an increased risk of heart disease as well as other major cardiovascular events. Many studies have concluded that lifestyle changes can help to reduce the effects of stress on cardiovascular disease. Exercise is one of the most important steps when trying to manage stress. Try to take at least 20 minutes out of each day to get your body moving and help reduce the effects of stress.