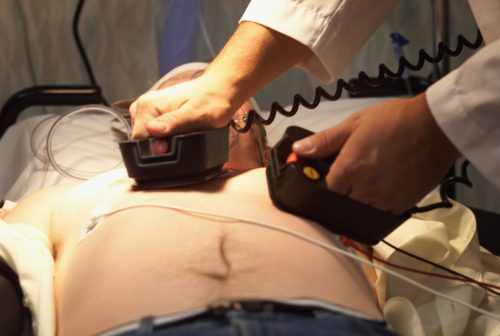 A protein patch has been developed which has shown to reverse heart attack damage in pig and mouse heart muscles. Researchers are hopeful that human clinical trials can start as early as 2017 in order to test their protein patch.

When the heart experiences a heart attack, heart muscles become damaged and can die due to lack of oxygen. Unfortunately, the damaged heart muscles are unable to regenerate, which can lead to scar tissue in an attempt to heal itself.

There is no current treatment to reverse the damage to heart muscles brought on by a heart attack. It’s estimated that 735,000 Americans suffer from a heart attack annually. Complications associated with a heart attack can result in abnormal heart rhythms and even heart failure.

Previous research conducted on zebrafish – which can regenerate heart muscles – revealed the inner layer of the pericardium – epicardium – plays a role in the regeneration of damaged heart muscles.

Analyzing epicardium cells allowed researchers to learn these cells are responsible for the replication of heart muscles. The team analyzed over 300 proteins to determine which were responsible for regeneration.

They managed to identify the protein Follistatin-like 1 (FSTL1) which stimulates regeneration. Additional findings revealed that this protein diminishes post-heart attack.

The researchers then developed a patch which contains FSTL1 to stimulate regeneration. The patch is placed on the heart and slowly absorbed.

The protein patch was tested on the damaged hearts of pigs and mice, and within two to four weeks researchers saw heart muscle growth and the growth of new blood vessels.

The findings are considered exciting and clinically favorable because the patch contains no cells and therefore, patients would not require immunosuppressive medication.