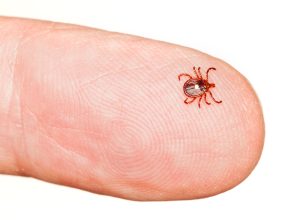 Hiking, trail walks, or just spending time close to nature are common summer activities that can seem relatively low-risk. But thanks to ticks, those outings are becoming increasingly risky.

Ticks have become known, in recent years, for transmitting Lyme disease, which is a bacterial infection that can sometimes be successfully treated with antibiotics.

But now it appears that a new virus, called the Heartland virus, which has no treatment and is potentially fatal, is also being carried and transmitted to humans by ticks.

The Heartland virus was initially discovered in 2009 in Missouri, and has been found in parts of the Southeast and Midwest. It is spread by the lone star tick. Recently, however, a different version of the virus was discovered in Georgia, indicating that it is mutating.

Currently, there are no ways to test for or treat the virus. As millions set to take to the outdoors this season, it could create some concern.

Since its discovery, there have been more than 50 cases of the virus. And as of last year, it’s been found in Arkansas, Georgia, Illinois, Iowa, Kansas, Kentucky, Missouri, North Carolina, Oklahoma, and Tennessee, according to the CDC.

Its spread may be due to climate change, which has enabled the tick to spread into new regions.

Lone star ticks are so small that you may not even notice one landing on or biting you. They get their name from the small white dot they carry on their backs.

Symptoms of the Heartland virus include fever, fatigue, decreased appetite, headache, nausea, diarrhea, muscle, and joint pain. It may also affect blood counts and liver function, and symptoms can take up to two weeks to appear.

You can still enjoy the outdoors and protect yourself from tick bites by: