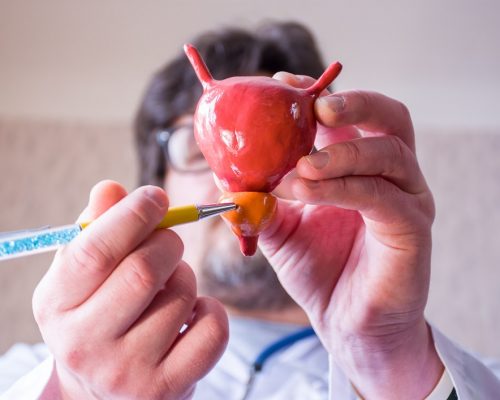 According to a study published in The Journal of Urology, men who take medications for enlarged prostate may be at a higher risk for developing heart failure. Although the risk is small, researchers warn it is still significant and should be considered by physicians when prescribing the medication.

Researchers from Queen’s University in Kingston, Ontario, used administrative databases to identify 175,201 men who were 66 years and up with a diagnosis of benign prostatic hyperplasia (BPH) between 2005 and 2015. The men were analyzed according to which medications they had been exposed to, including 5-alpha reductase inhibitor (5ARI) exposure and/or alpha-blocker (α-blocker) exposure.

There were 8,339 men who had taken 5ARI, 55,383 exposed to a-blockers, and 41,491 who used combination therapy. It was found that a higher cardiac failure risk was observed among men treated with 5ARI and α-blocker, alone or in combination, versus men with no medication use.

The highest risk was for a-blockers alone, followed by a combination of a-blockers and 5ARI and lowest for 5ARI alone.

Researchers believe these are significant findings, given that BPH is so common among older men. These medications are so widely used that more research is needed to find each risk associated to better help physicians direct patients into which ones may be right for them.

Physicians should consider the risk of heart failure among men who use medications for enlarged prostate. More research is needed to confirm findings and to find any relationships between other underlying medical conditions. If there is a history of heart disease, patients should speak to their doctor about finding the proper medication that would put them at the lowest risk for cardiac failure.