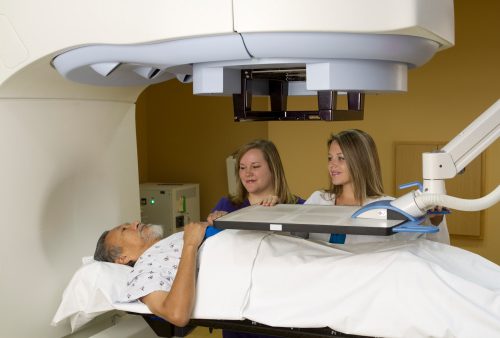 According to a new research, treatment of prostate cancer via radiation could increase the risk of other cancers in men.

The review is based on an analysis of 21 studies. The researchers concluded that prostate cancer patients who received radiation therapy had a higher risk of developing colon, bladder, and rectal cancers, compared to those who did not undergo radiation.

Having said that, the secondary cancers don’t occur as frequently as other complications associated with cancer treatment, such as erectile dysfunction and urinary incontinence. It’s also important to note that none of the studies could conclusively prove that the secondary cancers were caused by radiation.

According to Anthony Zietman, an associate director at the Harvard Radiation Oncology Program, this study confirms their belief that secondary cancers must be added to the already long list of avoidable side effects associated with radiation treatment for men with low-risk prostate cancer. Especially since these low-risk cancers simply need no treatment at all. But at the same time, he adds that the fear of secondary cancer should not be the barrier to effective and well-researched treatment being given to men with higher grade, lethal prostate cancer. As in these cases the benefit of the treatment outscores the risk.

The research team awaits further research to confirm their findings. They believe that further studies will also help in making the right choice of treatment, more so in younger prostate cancer patients expected to live more than 20 years.

A common prostate cancer is hormone therapy. This method of treatment is used to lower the level of testosterone, thus preventing growth of prostate cancer cells. But recent studies show that it has its drawbacks.

In one such study, researchers found that patients who were taking hormone therapy to treat their prostate cancer could develop impaired mental function. These mental symptoms could appear within the first six months of treatment and could last for close to 12 months.

As part of the study, the research team studied 58 patients with prostate cancer thrice – once before they began hormone therapy, the second time six months after treatment commenced, and a third time a year after the start of treatment. The researchers then compared their data with similarly collected data from 84 men who had their prostate gland surgically removed and 88 men who did not have prostate cancer.

They found that the men receiving hormone therapy developed fuzzy mental functioning. Further probing revealed that the hormone therapy-induced risk of memory, concentration, and learning problems was greatest for men with a particular gene mutation.

According to the lead researcher Brian Gonzalez, a postdoctoral fellow at the Moffitt Cancer Center in Tampa, though there is evidence of worsening mental function associated with hormone therapy, the study by itself does not conclusively prove a cause-and-effect relationship.

Gonzalez suspects that the thinking impairment could be caused by altering testosterone levels, but he also reasons that the fatigue and depression associated with hormone therapy could affect mental abilities.

In spite of the fact that there is no cause-and-effect proof, Gonzalez cautions prostate cancer patients considering hormone therapy about the possible mental side effects.

Given that hormone therapy and radiation therapy can cause a reduction in mental function and increase the risk of secondary cancers respectively, prostate cancer patients might want to explore other treatment and management options. With the latest advancements in surgical procedures, men can have their prostate gland removed with state-of-the-art surgery and not suffer from the usual post-surgical complications of incontinence or sexual side effects. And as a final word of advice, please remember that many prostate cancers are low-risk cancers and do not need any treatment at all. All it requires is symptom-based management.

Prostate cancer aggressiveness has been found to be linked to low levels of vitamin D in a new study. The researchers from Northwestern Medicine revealed that the vitamin D deficiency in men could help predict aggressive prostate cancer identified at time of surgery. Continue reading…