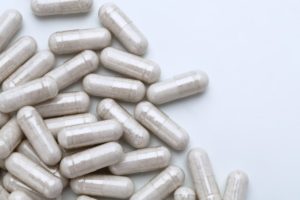 Many Americans take probiotics as a way to maintain a healthy gut. Probiotics help fuel good bacteria in the stomach, so our digestive system can function properly. But there is emerging evidence that probiotics may also work to benefit bone health too.

A recent study has uncovered that probiotics may help enhance bone growth. For the study, the participants received probiotics over the course of four weeks.

The researchers found that probiotics stimulated the growth of gut bacteria which caused a metabolite called butyrate. Butyrate prompts T cells to produce Wnt10b, which is a protein vital for bone growth.

Lead researcher Roberto Pacifici explained, “We were surprised by the potency of the gut microbiome in regulating bone and by the complexity of the mechanism of action of probiotics.”

He explained that probiotics may be controversial “because their mechanism of action in bone is unknown, they are regarded as some kind of alternative, esoteric, unproven treatment.”

Based on the recent findings, probiotics do seem to have a positive impact on bone health, but it’s important to note that the type and number of bacteria in the probiotics plays a significant role on their effects on bone health.

Although the study will need to be replicated on humans to better understand and determine probiotics effectiveness on bone growth, the research as of now does look promising. It suggests that probiotics may be an inexpensive way to potentially prevent future bone fractures in older age.