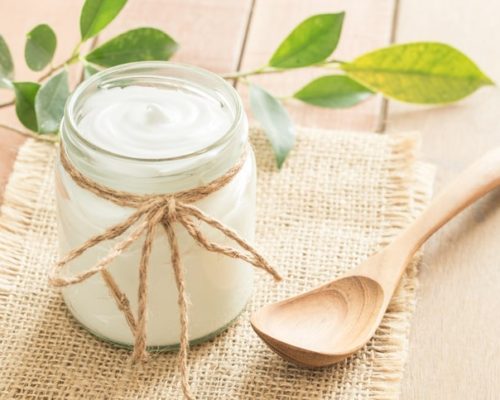 Good bacteria can help keep your gut healthy, but some people aren’t aware of the best probiotic foods for healthy digestion. There are many foods that contain probiotics, and they are easy to incorporate into your daily routine.

Probiotics are live bacteria and yeast that are good for our digestive system. This can be hard for people to wrap their head around because we usually think of bacteria as germs that are bad for us. The fact is, our bodies are full of both good and bad bacteria. Probiotics are good bacteria because they help keep our gut healthy.

Some foods contain probiotics, but you can also get good bacteria from supplements. When someone is suffering from digestive problems, many doctors will suggest probiotics as the first line of attack.

What Are the Best Probiotic Foods?

Whether you have digestion issues or not, it is a good idea to make sure that you have good bacteria in your gut. Here we look at some of the best probiotic foods for gut health.

This is considered one of the best probiotic foods to eat because it is fermented with friendly bacteria, mostly lactic acid bacteria and bifidobacteria. Along with helping you maintain a healthy gut; consuming yogurt is thought to be good for bone health. It may also be helpful to people who are suffering from high blood pressure. It has been known to help people who have irritable bowel syndrome (IBS) too. In many cases, yogurt is suitable for people who are lactose intolerant. This is due to the fact that the bacteria turn lactose into lactic acid. Not all yogurt has live probiotics in it so read the label carefully. Greek yogurt tends to contain a lot of probiotic.

This is a fermented probiotic milk drink. It is made when kefir grains are added to either cow or goat milk. Kefir is a lactic acid bacteria and yeast that actually looks like cauliflower. In addition to helping with digestion, it may also protect against infections. Kefir contains a number of different strains of good bacteria and yeast thus making it a potent probiotic. It is generally tolerated by people who are lactose intolerant. Some people add kefir to smoothies.

You may be familiar with finely shredded cabbage that is fermented by lactic acid bacteria. Sauerkraut is one of the oldest foods in some areas of Europe. It can go on top of sausages or be consumed as a side dish. It is rich in probiotics and contains a lot of fiber, vitamins C, B, and K. Sauerkraut also contains antioxidants. It is best to go with unpasteurized sauerkraut since pasteurization kills active bacteria. Moderation is key since there is a lot of salt in sauerkraut.

This is fermented soybean, usually in the form of a firm patty. It has a nutty, earthy flavor. High in protein, tempeh contains B-12 and is considered a good option for both vegetarians and individuals looking to add probiotics to their diet. A 2018 study in the journal Food Bioscience indicated that one three-ounce serving of tempeh contains 346 milligrams of potassium and 17 grams of protein, which is almost as much as seven-ounces of Greek yogurt.

This spicy, fermented Korean side dish contains lactic acid bacteria called Lactobacillus kimchi that may benefit digestion. Kimchi is typically made from cabbage and is high is vitamin K, riboflavin, and iron.

Also considered one of the best probiotic foods, this Japanese seasoning is made by fermenting soybeans with salt and a fungus called koji. Miso paste is used in soup, as well as breakfast foods in Japan. Miso is a source of protein and fiber, as well as vitamin K, manganese and copper.

This is another popular fermented soybean dish from Japan. It has the probiotic Bacillus subtilis in it and is said to help support heart health. It is believed to have powerful anti-inflammatory abilities.

Raw cheeses that are made from cows and goats milk are high in probiotic. Some cheeses contain Bifidus, Thermophillus, and Acidophilus bacteria. If you plan on using cheese as a probiotic, buy unpasteurized raw. They are the only cheeses with probiotics.

This is a black or green tea that is fermented with bacteria and yeast. It has been around for over 2,000 years and originated in Japan. Studies suggest that Kombucha offers digestive support and liver detox. In recent years, some people have tried making their own kombucha, but you should be aware that homemade kombucha has the potential to develop some bad bacteria as well so buying from the market may be a better way to go.

Some of the best natural probiotic food comes from vegetables. Kvass is a fermented beverage that was traditionally made from fermenting rye or barley, but today it is more often made from beets and other root vegetables.

The buttermilk that is left over after making butter is rich with probiotics. It also happens to have an abundance of calcium, phosphorus, and vitamin B-12.

These pickled cucumbers that are left to ferment contain probiotics. They also have vitamin K and are low in calories. They do contain a lot of salt, so you should consume them in moderation. You should take note – pickles made with vinegar don’t have probiotics in them.

Some of the best probiotic foods are products that many people already have in their kitchens. They are items that can be easily found in your local supermarket. Our bodies rely on all sorts of microorganisms to keep us healthy, and probiotics play a big part in this. It is really amazing how these good bacteria can make such a big difference when it comes to improving digestion, improving nutrient absorption, and helping us maintain an overall balanced gut.