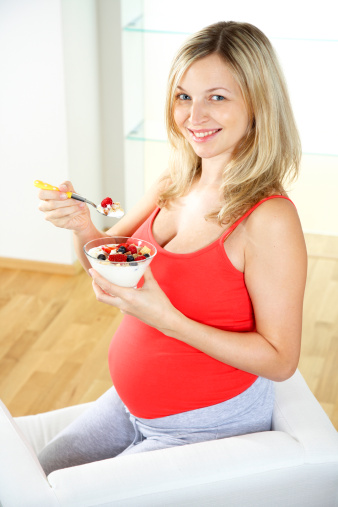 Pollen, dust, mold, and fur from family pets all have one thing in common: for some people, all these substances cause severe allergic reactions. Allergies range in severity from person to person, and can even be life threatening for some.

A new analysis of past allergy studies, published in the Pediatrics journal, suggests that babies whose mothers take probiotics when pregnant, and those who are given the “good bacteria” early in life, are less prone to allergies.

Yogurt, Berries and the Immune System

Probiotics are microorganisms found in a variety of foods such as yogurt, yeast, and berries. These microorganisms are said to improve brain function, lower blood pressure, and heighten lactose tolerance. The most talked-about health benefit of probiotics, however, is their ability to boost the health of the immune system.

Since allergies and asthma both originate from over-exaggerated reactions of the immune system, several tests have been conducted in the past to assess the effect of probiotics on the two conditions. Dr. Eric Forno, MD MPH at the Children’s Hospital of Pittsburgh, and his team recently conducted an analysis of several previous studies. The team analyzed the results of 25 studies where probiotics were administered during pregnancy or within the first year of the child’s life. All the results were compared to mothers and babies who were randomly picked and given placebo supplements.

Probiotics Reduce the Risk of Allergies

The results show that children who received probiotics in utero, or during their first year, were 12 percent less likely to develop any common allergies. The researchers did not notice any change in the occurrence of asthma.

Doctor’s don’t usually recommend for or against probiotics for pregnant women and their children, but Dr. Forno says that these new findings, which emphasize The Hygiene Hypothesis, might change that. The Hygiene Hypothesis suggests that our super-clean surroundings may be the cause for the increasing occurrences of asthma and allergies. In Dr. Forno’s words, “…such exposures in early life helped our immune system to learn how to ‘self regulate’ and recognize what to fight and what not to.”

Mimi Tang, director of the Department of Allergy and Immunology at Royal Children’s Hospital in Australia, says that probiotics are generally considered safe, and no serious negative side effects have been observed.

The analysis shows that taking probiotics during the early stages of life significantly reduce the risk of allergies. The tests that the team analyzed typically utilized supplement tablets in order to introduce probiotics into the diet. Dr. Forno hypothesizes that natural probiotics, such as those found in yogurt, buttermilk, sourdough bread, or even berries, will have the same effect in reducing the risk of allergies. Mimi Tang, who was not involved in the study, also feels that more research is required in order to determine which probiotics are the safest, and at what dosages they are most effective in reducing allergies.