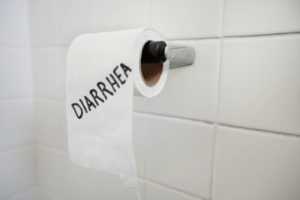 Diarrhea can be prevented by controlling levels of specific gut bacteria. In a recent study by Michigan State University researchers found that by targeting gut bacteria diarrhea sufferers could obtain relief and prevent future episodes.

The researchers found among the participants they had higher levels of Escherichia which is commonly found in the intestines which can cause illness. Study lead, Shannon Manning, said, “Compared to the uninfected patients in the study, the patients who were infected with four different diarrheal pathogens – Salmonella, Shiga toxin-producing E. coli, Campylobacter and Shigella – all had increased levels of Escherichia. In addition, patients had a decrease in the Escherichia population after they recovered.”

The findings offer hope to future treatment options for diarrhea by controlling levels of Escherichia.

In an alternative study conducted by researchers at the London School of Hygiene and Tropical Medicine and the World Health Organization found that by improving water diarrhea could better be prevented.

Worldwide, contaminated water is the leading cause of diarrhea especially among children. The review study examined 47 trials involving 72,000 people to develop interventions to improve water quality.

Lead author, Professor Thomas Clasen, said, “These interventions that address the microbial contamination of water at the point-of-use can be important interim measures to improve drinking water quality, especially as re-contamination often occurs during use in the home, even where the source water is relatively safe.”
Some intervention option which the team developed included offering sanitation packets to be added into water and adding at-home water filtration devices. Even minor changes like leaving water in the sun can help kill off bacteria.

Professor Clasen added, “The evidence suggests that the more people use these interventions, the greater the benefits. So we also need research into practical approaches to increase the coverage and long-term use of these interventions, particularly among the most vulnerable populations.”

Diarrhea can often be untreated as it will pass on its own, a good mode of treatment though is to stay hydrated with water and sports drinks as you will lose fluids. Depending on the cause of the diarrhea and how long it is lasting your doctor may prescribe antibiotics or take a look at medications you are currently taking and change dosages. Lastly, if the diarrhea is caused by another condition your doctor will work with you to treat the underlying condition, for example irritable bowel syndrome.

Generally you do not need to be too concerned about diarrhea, but if diarrhea is present with other symptoms like fever or vomiting, or is lasting for a few days, speak with your doctor right away.

Lactose intolerance and the risk of diarrhea, gas and bloating
Constipated? Diarrhea? Try these 4 foods