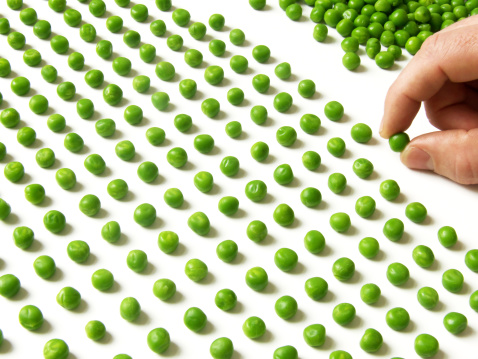 There are people out there who prefer order in their lives rather than unpredictability. Feeling secure in their work and relationships is something most people take great comfort in. These concepts appear foreign to some people who reject stability in lieu of impulsiveness.

There are pros and cons to each. Certain medical conditions can even present with some of these traits, such as obsessive-compulsive disorder and autism.

Studying different parts of the brain

A team of behavior neuroscientists believe they have identified changes in brain regions that may explain why some prefer order while others do not.

Studies in rats assessing their ability to work for a reward under both stable and variable conditions provided the researchers more insight into how the brain operates. The areas of the brain studied included the orbitofrontal cortex and the basolateral amygdala regions of the brain.

The experiment worked by using sugar pellets as a reward for choosing between two images side by side. The rats made selections by pressing their noses onto a touch sensitive screen. When a rat touched an image, a sugar pellet would be dispensed at a predictable range of time—in this case, 10 seconds. Touching the other image produced a sugar pellet at a more varied amount of time. This second image would make the rat wait as little as five seconds or as long as 15 seconds.

The rat subjects performed this experiment for a month at a time for about 45 minutes a day.

After assessing all the data, the researchers discovered that the rats were able to detect fluctuations in wait times. Variations correlated with the amount of a brain protein called gephyrin in the basolateral amygdala regions, which doubled during unpredictable wait times.

To further test this correlation, they made one option better than the other, with the rats predictably choosing the faster option for the sugar pellet over a short period of time.

It’s as if the rats had forgotten or had no record of the full range of possible outcomes. This singled out the orbitofrontal cortex as having a bigger role than previously thought.

Overall, all the rats chose the risky option more often, with the exception of the rats without a functional basolateral amygdala. These rats were risk-averse throughout the duration of the experiment.

Earlier research has shown that the orbitofrontal cortex and the basolateral amygdala share anatomical connections and are both involved in decision-making.

The researchers believe that changes in these brain regions and brain proteins may explain why a person prefers certain outcomes rather than others. The gephyrin gene has even been linked to autism—a mental condition characterized by difficulty with communication but also repetitive behavior.