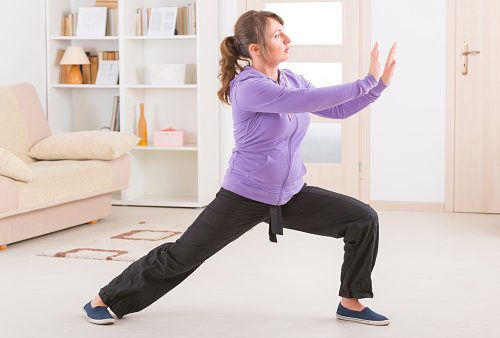 It is hard for young people to imagine themselves falling down and seriously hurting themselves. Getting a bruise or two is all they would expect, but sadly, seniors who sustain nasty falls could potentially die.

It is estimated that about 1.6 million older American adults go to the emergency room for fall related injuries. Assuming they survive, their fall will often result in fractured bones, loss of independence, and disability. Fear of falling again can also be a problem that restricts how often older adults leave their homes.

A new study into the ancient Chinese martial art of tai chi finds that it may help reduce the number of falls in both older adults and other fall risk adults. Tai chi offers a simple and holistic way to prevent injuries, according to the researchers.

Tai chi is practiced all over the world for both its defense training and its health benefits. While a multitude of training forms exist, tai chi is known for being composed of very slow and rhythmic movements, allowing people of older age to perform them with relative ease.


The practice promotes flexibility and whole-body coordination. Previous studies have shown that tai chi can be great for improving balance control, a trait that is highly beneficial to the elderly.

The researchers wanted to find out if tai chi can really prevent falls, so they looked at 10 randomized controlled trials analyzing the effects of tai chi versus other treatments such as physical therapy and low-intensity exercise.

“Tai chi practice may be recommended to prevent falls in at-risk adults and older adults. The length of the interventions ranged from 12 to 26 weeks. The frequency of the 1-hour sessions ranged from one to three times per week. Due to the small number of published studies, further research is needed to investigate the effect of tai chi on injurious falls and time to first fall,” said Rafael Lomas-Vega, Ph.D.

The Wonders of Tai Chi for the Elderly