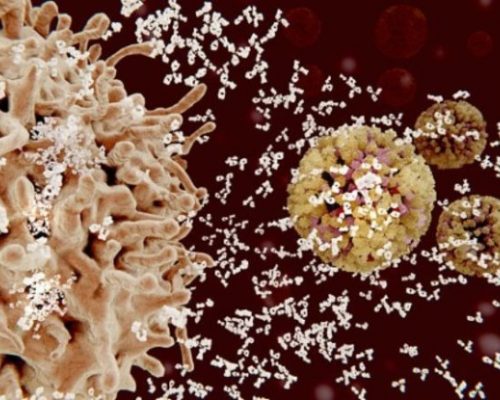 Lupus is a chronic inflammatory condition that commonly occurs in women that can affect nearly any part of the body. It is not known how this disease manifests, but it is known to be an autoimmune disease—when your body’s immune system attacks its own tissue. Lupus attacks tissue in the joints, skin, kidneys, blood, heart, and lungs. Lupus patients also experience neuropsychiatric symptoms in about 75 percent of cases, but researchers are not sure why this happens.

New research into the neuropsychiatric aspect of lupus has yielded new information that may pave the way to developing brain protecting medication.

“In general, lupus patients commonly have a broad range of neuropsychiatric symptoms, including anxiety, depression, headaches, seizures, [and] even psychosis, but their cause has not been clear—for a long time it wasn’t even appreciated that these were symptoms of the disease,” says first author on the study Allison Bialas.

Considering that lupus is primarily a disease that leads to excessive amounts of inflammation, the researchers wanted to know how said inflammation affects the brain.

The body’s immune system consists of specialized cells that act only to fight off foreign invaders. In autoimmune disorders such as lupus, the white blood cells mistakenly target your own healthy cells and attack, triggering a cascade of additional immune activity.

It was previously believed that immune triggers called cytokines, specifically type 1 interferon-alpha, were unable to enter the brain’s circulatory system because it is protected by a highly sensitive membrane called the blood-brain barrier. This structure acts to control the transfer of materials between the circulating blood and the central nervous system fluids.

The breakthrough discovery was found when working with a mouse model of lupus. Researchers discovered that enough interferon-alpha did appear to permeate the blood-brain barrier, leading to brain changes.

Most significant of which was the triggered release of microglia—immune defense cells of the central nervous system. These cells attack the brain’s neuronal synapse, leading to their destruction.

“We’ve found a mechanism that directly links inflammation to mental illness. This discovery has huge implications for a range of central nervous system diseases,” said senior author on the study Michael Carroll.

To further their investigation, the team wanted to see if they could put a stop or reduce the amount of neural synapse loss. They utilized a drug that blocks interferon-alpha receptors called anti-IFNAR. Amazingly, this drug appeared to be neuroprotective, preventing synapse loss.

“We’ve seen microglia dysfunction in other diseases like schizophrenia, and so now this allows us to connect lupus to other CNS diseases. CNS lupus is not just an undefined cluster of neuropsychiatric symptoms, it’s a real disease of the brain—and it’s something that we can potentially treat,” said Bialas.