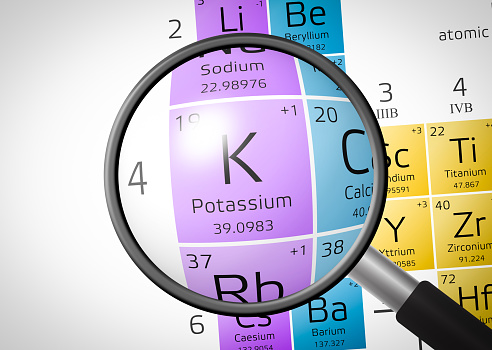 High blood pressure is one of the leading causes of heart disease, resulting in the deaths of nearly 610,000 people in the U.S. alone. For decades, doctors and health professionals have advocated for exercise and eating healthier diets to help curb this statistic, but to no avail. Perhaps the type of healthy food may also play a role, however, as a new study links increased dietary potassium with lower blood pressure.

“Eating potassium-rich foods like sweet potatoes, avocados, spinach, beans, bananas—and even coffee—could be key to lowering blood pressure,” according to Alicia McDonough, Ph.D., professor of cell and neurobiology at the Keck School of Medicine of the University of Southern California (USC).

McDonough and her colleagues recognize how high blood pressure (hypertension) is a global trend affecting nearly one billion people worldwide. This pandemic has led to increasing rates of heart disease and stroke, becoming one of the world’s most common contributors to global mortality rates. The World Health Organization estimates that high blood pressure is responsible for at least 51 percent of deaths due to stroke, and 45 percent of deaths due to heart disease.

The researchers focused their study on the link between blood pressure and dietary sodium, potassium, and the sodium-potassium ratio in the body. The effects of dietary sodium and potassium on high blood pressure were assessed using population, interventional, and molecular mechanism studies. This led to a discovery of several populations demonstrating higher dietary potassium and lower blood pressure, regardless of their sodium intake. Also, interventional studies with potassium supplementation also suggested that it provided a direct benefit.

“Decreasing sodium intake is a well-established way to lower blood pressure,” McDonough says, “but evidence suggests that increasing dietary potassium may have an equally important effect on hypertension.”

To further demonstrate the relationship of sodium and potassium, rodent studies were carried out. The final data showed that when dietary potassium is high, the kidneys excrete more water and sodium (salt), which in turn increases potassium excretion. The body does a balancing act (called homeostasis) whereby sodium is used to maintain close control of potassium levels in the blood—this is critical to normal heart, nerve, and muscle function.
McDonough goes on to say that incorporating more potassium into our diets may be harder than we think, as our bodies are designed to crave salty foods rather than those rich in potassium. Our modern diets include processed foods containing vast quantities of sodium to satisfy this craving.

“If you eat a typical Western diet,” McDonough says, “your sodium intake is high and your potassium intake is low. This significantly increases your chances of developing high blood pressure.” When dietary potassium is low, the balancing act uses sodium retention to hold onto the limited potassium, which is like eating a higher sodium diet.
It is recommended that the average adult consume at least 4.7 grams of potassium per day to help lower blood pressure, lessen the effects of dietary sodium, and reduce the risk of kidney stones and bone loss.

Related: What is systolic and diastolic blood pressure?

What causes low and high blood pressure after exercise?