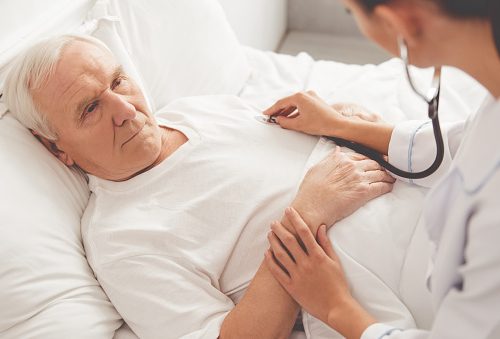 Suffering a heart attack often leads one to reevaluate their entire lives and rethink prior unhealthy habits, at least until the initial shock wears off. This is the general consensus, according to a new study regarding heart attack survivors and their lack of commitment to keeping up with their prescribed exercise regimens.

Heart attacks are the result of blocked blood flow to the heart. This is most often due to fat, cholesterol, and other substances that lead to the development of plaque in the arteries supplying the heart with blood. When blood flow is impeded in any way, a heart attack is likely to occur.
Heart attacks mainly occur due to an unhealthy diet coupled with a lack of exercise and bad habits like smoking.

The study in question followed 620 hospitalized acute coronary artery syndrome patients (ACS). Each was given an accelerometer, a wristwatch-like device that provides activity counts in one-minute intervals throughout the day. Part of the post-heart attack treatment protocol is to incorporate more exercise, in addition to things like modifying the diet and taking heart-protective medication.

Recommended exercise consists of at least 30 minutes of moderate aerobic activity at least five days per week within two weeks of discharge.

Patients not doing their part

Researchers analyzed the data from participants that wore the device for at least 10 hours a day, for at least 3 days a week during the first 35 days after discharge. Surprisingly, only 16 percent of patients met their physical activity requirements when evaluated after five weeks.

However, it was noted that patients were more likely to meet their physical activity guidelines over time.

“Our data suggest that remarkably few patients are achieving targets for physical activity after ACS. Our estimates are substantially lower than those on the basis of self-report,” said Ian M. Kronish of Columbia University Medical Center in New York City.
While this particular study is limited due to its moderate sample size and enrollment from a single center, there is no question that the lack of exercise post-heart attack is unsettling.

A need for change

The researchers call for interventions to help implement increased physical activity after ACS. Exercise is one of the most beneficial therapeutic approaches for counteracting the effects after heart attacks.

The use of devices to monitor exercise-based rehabilitation may aid in providing real-time feedback to both patients and their physicians. This could possibly add incentive to increasing physical activity in ACS survivors.