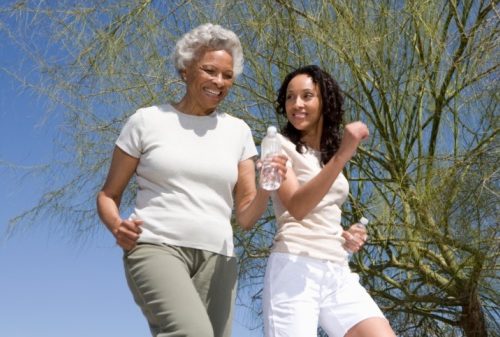 As we get older, we tend to transition to a more sedentary lifestyle. We often choose to spend our free time lounging around watching TV rather than going outdoors and being active. This choice may not only affect our immediate health but also affect our ability to recover from the detrimental outcomes that unhealthy lifestyles expose use to. A new study published in the European Journal of Preventive Cardiology reported that exercise is associated with improved survival after a heart attack.

The study in question followed 14,223 participants of the Copenhagen City Heart Study who had never experienced a heart attack or stroke. They were first documented between 1976 and 1978 and their level of physical activity was classified as sedentary, light, moderate, or high. The participants were followed through registries until 2013, and researchers found that 1,664 participants had a myocardial infarction (heart attack), of which 425 died immediately.

The investigators used this information to compare the levels of physical activity with those who died to those who survived during the study period. They unsurprisingly found that patients who exercised were less likely to die from their myocardial infarctions.

Looking more closely at the data, the researchers found that participants who said they were light or moderate exercisers were 32 percent less likely to die from their myocardial infarction, compared to 47 percent of those who identified as high-level exercises. These percentages are in relation to the sedentary participants of the study.
“Patients who were sedentary were more likely to die when they got a myocardial infarction and patients who did exercise were more likely to survive. There was also a dose-response relationship so that the odds of dying if people got a myocardial infarction declined with the level of exercise they did, reaching an almost 50% reduction for those who were the most physically active,” said Prescott.

While this may come as a surprise to no one, it is comforting to know that there is a direct correlation between exercise and overall health benefits, even in terms of survival after the fact. Prof. Prescott thinks that through exercise, we may develop collateral blood vessels in the heart, which ensures it is always maintaining adequate blood supply to the vital organs, including the heart itself.

While the researchers can’t make any strong conclusions, there is no doubt that continuing to exercise, even after developing heart disease, will improve the often-fatal outcome of a heart attack.