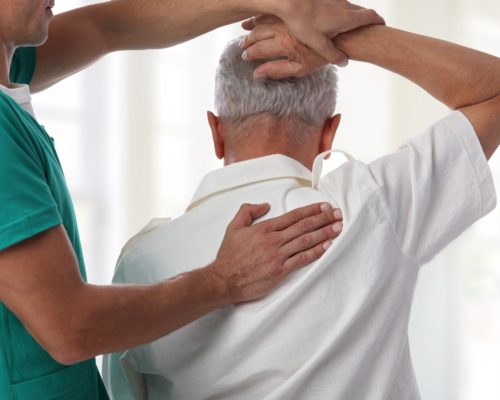 They found that those who expected physiotherapy to improve their shoulder pain were more likely to recover compared to those who had minimal or no belief.

Lead researcher Dr. Rachel Chester explained, “We studied shoulder pain which is very common, affects people of all ages, and often causes substantial loss of movement and function, as well as night pain. Physiotherapy management is effective for many people with shoulder pain, but not everyone. We wanted to find out what factors predict why some people do better than others.”

The patients involved in the study were undergoing physiotherapy for musculoskeletal shoulder pain. Information was collected based on 71 characteristics and clinical examinations. Of the study group, 811 participants provided information on shoulder function and pain six months after treatment.

The most exciting factor was a person’s self-belief having such a significant toll on changing a person’s treatment outcome. Dr. Chester added, “We looked at people who started off with a high level of pain and disability and found that the more they believed in their own ability to do things and reach a desired recovery outcome – the less likely they were to be in pain and have limited function after six months. What really surprised us was that these people were more likely to have a better outcome than people who reported a low level of baseline pain and disability but had low pain self-efficacy. In addition, on average, people who expected to recover because of physiotherapy did better than those who expected minimal or no benefit.”

“We recommend that physiotherapists help patients understand and manage their pain and to select treatments and exercises which help them build confidence in their shoulder and optimise their activity levels. This includes helping patients to gain the confidence to get back on track after a flair up,” Dr. Chester concluded.