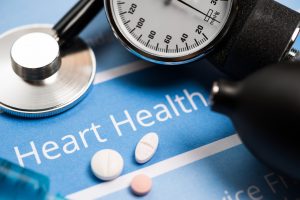 A popular heart drug for atrial fibrillation could increase the risk of dementia. The drug is warfarin, which is used to prevent blood clots. The study found that patients taking warfarin had a higher risk for dementia if their blood levels of the drug were often too high or too low.The results remained the same for other patients who didn’t have atrial fibrillation but were on warfarin for other heart conditions.

Lead researcher Dr. Jared Bunch suggests the findings uncover two potential concerns: atrial fibrillation patients may be at a higher risk for dementia, irrespective of warfarin use, but warfarin may contribute to dementia if dosages are not optimal. Dr. Bunch said, “If people’s levels of warfarin were erratic, their dementia risk was higher, whether they had [atrial fibrillation] or not.”

Although the study did not establish a cause-and-effect relationship, Dr. Bunch suggests both atrial fibrillation and warfarin may contribute to dementia as it affects the blood flow to the brain.
Warfarin is a difficult drug to take. As Dr. Bunch explained, patients on warfarin need to regularly monitor their blood levels of the drug to make sure they are in the “therapeutic range” – high enough to prevent clots, but low enough to avoid internal bleeding. As a result, the drug dosages usually change over time. Dr. Bunch suggests that individuals taking high or low levels of warfarin can still experience minor clots, which interrupt blood flow to the brain.

To conduct their study, researchers looked at data from 10,000 patients on warfarin either for atrial fibrillation or for other reasons.

Over the course of six to eight years, nearly six percent of atrial fibrillation patients developed dementia, including Alzheimer’s disease, compared to two percent of patients on warfarin for other reasons.

Even when the researchers accounted for other factors, including age and comorbid conditions, those in the atrial fibrillation group still had double the risk of dementia, compared to other patients.

Dr. Bunch offered some advice for patients, “If you’re doing well on warfarin, there’s no reason to worry. But if you’re someone whose warfarin doses have to be changed a lot, you could ask your doctor about alternatives.”