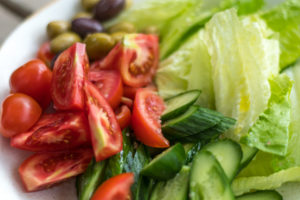 New research suggests that most popular diets lead to weight loss and low blood pressure, but only for a limited time. The study published in The BMJ compared results of popular diets with an average American diet and found that they all showed modest weight loss and improvements in cardiovascular risk factors over six months.

However, after a 12-month follow-up on all popular diets, it was found that most improvements in cardiovascular risk factors largely disappeared. There was one exception, and that was the Mediterranean diet, which saw a small but important reduction in ‘bad’ LDL cholesterol.

Because of the similar outcomes of all diets, researchers suggest that people should choose the diet they prefer without concern about the size of benefits. Since all diets showed similar outcomes with a decline after one year, people may have more success if they are following a lifestyle that best suits their needs, over what is more targeted towards their health goals.

The Effectiveness of Popular Diets

For the study, researchers set out to determine the relative effectiveness of dietary patterns and popular named diets among overweight or obese adults. They based their findings on the results of 121 randomized trials with 21,942 patients of an average age of 49 who followed a popular diet and reported weight loss and changes in cardiovascular risk factors.

Participants were grouped into categories by the macronutrient patterns found in their diets. This included low carbohydrate, low fat, and moderate macronutrients, which are the bases for all popular diets including Atkins, DASH, Mediterranean, and more.

Results showed that compared with a usual diet, low carbohydrate and low-fat diets resulted in a similar modest reduction in weight (between 4 to 5kg), and reductions in blood pressure at the six-month mark. Moderate macronutrient diets showed slightly less weight loss and blood pressure reductions.

Popular named diets such as Atkins, DASH, and Zone had the largest effect on weight loss and blood pressure compared with an average diet at six months. None of the diets showed any significant improvements of ‘good’ HDL cholesterol or C reactive protein, a chemical associated with inflammation, at six months.

While the results were positive at the 6-month mark, by the 12-month follow-up weight loss among all dietary patterns diminished. All benefits of cardiovascular risk also became null, for the exception of the Mediterranean diet.

The conclusion of the study reveals that most macronutrient diets, no matter which type result in modest weight loss and substantial improvements in cardiovascular risk factors. However, this is only evident in the first 6 months. By the 12 month mark of following the diet, all positive associations diminish.

The extensive range of popular diets analyzed “provides a plethora of choice but no clear winner,” say researchers at Monash University, Australia

“If we are to change the weight trajectory of whole populations, we may learn more from understanding how commercial diet companies engage and retain their customers and translate that knowledge into more effective health promotion campaigns.”

Overall, the message to take away from this study is to follow the diet that best suits your lifestyle. Many people choose a diet because they think the outcome may fit their health goals such as weight loss or low blood pressure. But as this study demonstrates, most diets lead to the same outcomes. The goal is to improve health overall and keep weight at a manageable number, and this research shows how all diets can help you to achieve these goals.