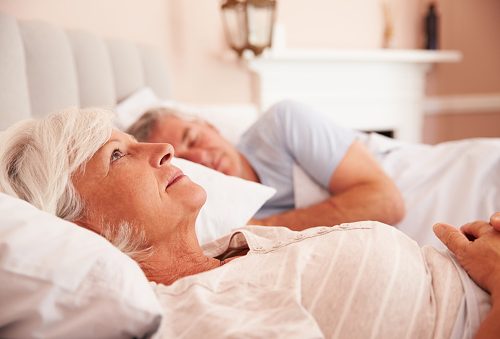 A new study has found that poor sleep in senior’s increases hardening of the arteries in the brain which in turn increases the risk of stroke. Researchers performed autopsies on 315 people with an average age of 90 who underwent at least one week sleep quality assessment prior to death. Researchers found that 29 percent of them suffered a stroke and 61 percent had moderate to severe damage to blood vessels within the brain.

Individuals who had the most frequent awakening and going back to sleep had 27 percent more hardening of the arteries in the brain. On average sleep disturbances occurred seven times a night.

The researchers found with every two additional sleep disturbances the risk of visible signs of oxygen deprivation in the brain increased by 30 percent.
Lead investigator Dr. Andrew Lim said, “The forms of brain injury that we observed are important because they may not only contribute to the risk of stroke but also to chronic progressive cognitive and motor impairment.”

The findings suggest that monitoring seniors sleep could help identify their risk of experiencing a stroke.

Dr. Richard Libman, vice chairman of neurology at Long Island Jewish Medical Center, added, “This is an excellent study, highly provocative, but not definitive because of the design, as mentioned by the authors themselves. There appears to be a clear association between poor sleep [sleep fragmentation] and hardening of the arteries and risk of stroke. Sleep, to some degree, is within our control and we should all make attempts to improve the quality of our sleep.”