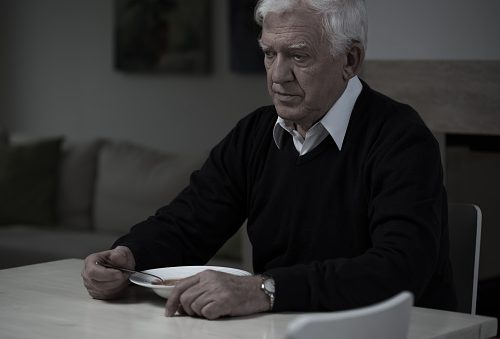 The elderly population is already at considerable risk for illness and injury, which may land them in the emergency department. However, a relatively less appreciated dilemma affecting the older and more experienced demographic is malnutrition, with an estimated seven million seniors in the U.S. over the age of 60 having to rely on charitable food assistance programs for their daily meals.

Researchers from the UNC School of Medicine were determined to find the risk factors associated with malnutrition among older adults receiving care in the emergency department. They suggested that food scarcity and poor oral health may possibly be the reasons behind the high rate of older adults seeking emergency care.

Senior author of the study Tim Platts-Mills stated: “For patients who don’t have enough food at home, the solution is pretty obvious and likely much less expensive than paying for the medical care that results from malnutrition: there is an existing national system of food assistance programs, such as Meals on Wheels, and we believe we can use the emergency department to link patients in need to those programs.”

In this particular study, 252 patients aged 65 and older who sought out treatment at emergency departments in North Carolina, Michigan, and New Jersey were screened for malnutrition and then asked about the presence of risk factors. They discovered that the most common risk factor—attributing the largest effect on malnutrition—was poor oral health, with more than half of the patients studied having some sort of dental problem. Ten percent of participants experienced food insecurity—not having enough food, eating fewer meals, and going to bed hungry.
The prevalence of malnutrition in the study sample was 12 percent, which is consistent with previous estimates from U.S. emergency departments. There was about double the prevalence in community-dwelling adults (those who are not hospitalized and do not live in an assisted-living facility). Of the three sites used to gather data, North Carolina had the highest rate of malnutrition, coming in at 15 percent. Coincidentally, North Carolina also has one of the highest rates of older adults living below the poverty line—ranking third out of 50 states.

Collin Burks, a UNC medical student and the study’s lead author, said, “Improving oral health in older adults will be more challenging but also important. Medicare does not cover dental care. Fixing dental problems not only makes it easier for these individuals to eat but also can improve their self-esteem, quality of life, and overall health. We need affordable methods of providing dental care for older adults.”

While a link between food insecurity and malnutrition was strong, other factors associated with malnutrition that may have also played a part in the matter include social isolation, depression, medication side effects, and limited mobility.

Platts-Mills’s research group is currently developing and testing interventions to get help to our malnourished senior population by making it easier for them to receive aid from food assistance programs after being identified in the emergency room.

Related: Fatigue (tiredness) in elderly: Causes and how to treat it