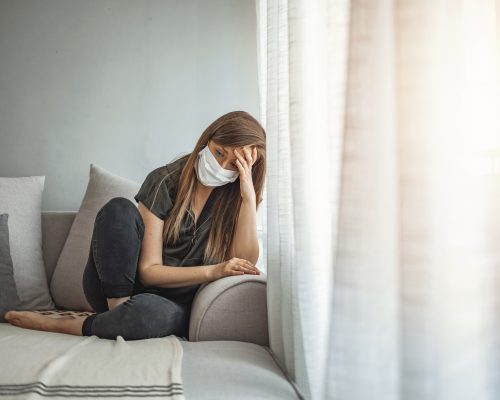 According to a new study, poor mental health earlier in life could lead to poor physical health later in life. Researchers from the University of Auckland, Duke University, and the University of Michigan collaborated to investigate this link in health by analyzing 50 years of births in New Zealand and following the individuals for 30 years.

The study published in JAMA Network Open followed a total of 2,349,897 people born in New Zealand between 1928 and 1978 and aged from 10 to 60 at the start of the period. Hospitalizations were assessed for mental health conditions, chronic physical health conditions, and mortality over 30 years from 1988 to 2018.

Researchers found that people admitted to hospitals for a mental health issue had an increased risk of mortality within the 30-year period. A mental health hospitalization was also found to increase the risk of a later admission for physical health. The results were the same for men and women across the age range.

This study helps to outline the importance of joined-up healthcare services. This could include solutions such as embedding physical health screening and prevention into mental health treatment.

Researchers also believe this study outlines the importance of treatments for mental health early in life. If mental illness can be diagnosed earlier, it may help to prevent physical illness down the line.

The connection between mental health and physical health have long been known. In fact, it has been proven that mental illnesses such as anxiety and depression can affect people’s ability to participate in health-promoting behaviors. It is unknown whether this is the cause for a higher hospitalization and mortality rate later in life.

This study was distinguished by its long-term follow-up, the use of hospital records, and the ability to establish a chronological sequence. Others have only used a retrospective report.