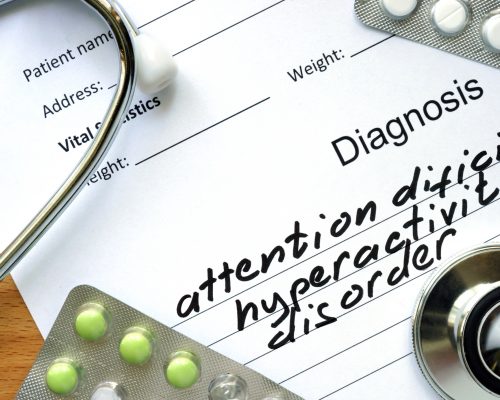 Polycystic ovarian syndrome (PCOS) in women is linked to ADHD and an increased risk of autism in children. A study examined the link between ADHD (attention deficit hyperactivity disorder) and PCOS.

The study included 40 women aged 18 to 35 with PCOS, who were compared to 40 healthy women with normal menstrual cycles. Current and childhood ADHD symptoms were assessed using the Adult ADHD Self-Report Scale and Wender-Utah Rating Scale.

The researchers found that the women with PCOS had higher Adult ADHD Self-Report scores and Wender-Utah Rating Scale scores. Furthermore, ADHD rates were higher in the PCOS women, compared to the control women. There were no significant differences between either group in current or childhood inattention scores. The researchers also did not find a correlation between ADHD symptoms and serum hormone levels.

The results suggest that women with PCOS had higher ADHD symptoms, and additional research is required to better understand the link between the two.

An alternative study found that children born to mothers with PCOS are at a higher risk of developing autism, compared to those born to mothers without PCOS. Autism spectrum disorder (ASD) is characterized by a range of neurodevelopmental disorders that can impair language, social interaction, and repetitive behaviors. The exact underlying cause of autism is still unclear, but much evidence supports that it may be a result of exposure to certain sex hormones early on in life. These hormones are known as androgens and are commonly associated with male-typical characteristics.

Androgens affect brain development. Women with PCOS have increased levels of androgens, especially during pregnancy, so researchers speculate that this could raise the risk of ASD.

The researchers explored data from an extensive Swedish health and population database which studied children born in Sweden between 1984 and 2007. They identified 24,000 ASD children and compared them to 200,000 controls.

Lead researcher Kyriaki Kosidou said, “We found that a maternal diagnosis of PCOS increased the risk of ASD in the offspring by 59 per cent. The risk was further increased among mothers with both PCOS and obesity, a condition common to PCOS that is related to more severely increased androgens.”

Although generally ASD is higher among boys than girls, the current study did not uncover any such differences. Aside from an increase in androgens, researchers also found many similarities between PCOS and ASD, which may explain the higher rates. Both conditions share genetic influences along with metabolic problems, but further research is required.

Senior investigator Renee Gardner said, “It is too early to make specific recommendations to clinicians in terms of care for pregnant women with PCOS, though increased awareness of this relationship might facilitate earlier detection of ASD in children whose mothers have been diagnosed with PCOS.”