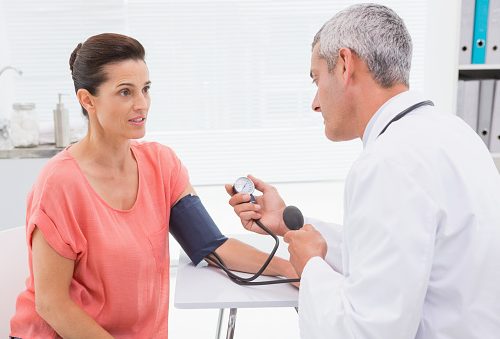 Epidemiologist, Elizabeth Bertone-Johnson, Sc.D., said, “To my knowledge, this is the first large long-term study to suggest that PMS may be related to risk of chronic health conditions in later life.”

Researchers adjusted for known risk factors of high blood pressure, and the association between PMS and blood pressure still remained. The strongest results of hypertension were seen in those prior to 40 years of age, where women with PMS had a three-fold higher risk of developing hypertension compared to women without PMS.

PMS affects roughly eight to 15 percent of women and Bertone-Johnson suggests that factors can be modified in order to reduce the risk of future hypertension. The authors said, “Women with PMS should be screened for adverse changes in blood pressure and future risk of hypertension.”

The PMS-blood pressure relationship was examined in 1,257 women who developed clinically significant PMS and also looked at 2,463 age-matched control patients. PMS was evaluated with a modified Calendar of Premenstrual Experiences, which looks at symptoms.

Bertone-Johnson and her team found that women with high intake of B vitamins had a 20 to 25 percent lower risk of experiencing PMS.

The findings were published in the American Journal of Epidemiology.