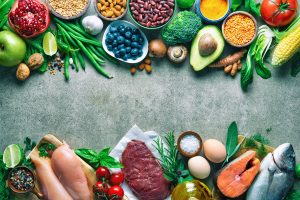 A new study has found that elderly people who consume a plant-based diet have a reduced risk of cognitive decline and dementia. The research was published in the journal Molecular Nutrition and Food Research, and was carried out over 12 years with the participation of 842 people from France who were over the age of 65.

Researchers were able to show a significant association between these processes and specific metabolites. There is a protective association between metabolites derived from coco, mushrooms, red wine, and microbial metabolism of polyphenol-rich foods such as apple, green tea, blueberries, and pomegranates, and cognitive impairment in the elderly.

Professor Cristina Andres-Lacueva concluded, “A higher intake of fruits, vegetables, and plant-based foods provides polyphenols and other bioactive compounds that could help reduce the risk of cognitive decline due to aging.”

With an aging population and the risk of cognitive decline and Alzheimer’s disease on the rise, it is vital to find ways to reduce the risk. With simple lifestyle changes, dementia and other debilitating mental health issues could be prevented or symptoms reduced.

The Mediterranean diet, known for its emphasis on vegetables, whole grains, fish, and olive oil, has previously found to have almost a 45% to 50% reduction in the risk of having an impaired cognitive function. So, consuming a plant-based diet, or one such as the Mediterranean, is a great way to help keep your brain healthy!