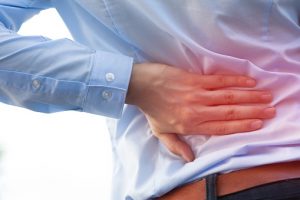 New research from the Albert Einstein College of Medicine/Montefiore Health System has shown that when it comes to treating new-onset acute lower back pain, a placebo works just as well as diazepam (Valium). This conclusion was reached after emergency room patients who were treated with either a combination of naproxen—a nonsteroidal inflammatory drug—and diazepam or naproxen and a placebo reported similar pain relief. Dr. Benjamin Friedman, lead author of the study, asserted “Our study contributes to the growing body of literature indicating that, in general, most medications do not improve acute lower back pain.”

To conduct this study, Dr. Friedman and his team randomly split 114 patients who came into the emergency room with new-onset lower back pain into two groups. The first was given a combination of naproxen and a placebo, and the second was given naproxen and diazepam. Both groups completed the Roland Morris Disability Questionnaire before treatment was assigned, and again one week later to gauge any improvement.

Researchers found that both groups improved by 11 points on this scale after one week, meaning the placebo and diazepam were equally effective. After one full week, 31.5 percent of patients receiving diazepam reported moderate to severe lower back pain, while 21.8 percent of those receiving placebos felt similar pain. After three months, 12 percent of diazepam patients reported the same level of pain, while nine percent of placebo patients did. These differences were not considered to be clinically or statistically significant, however, they do suggest that the placebo works at least as well as diazepam, if not better.
Dr. Friedman commented on these results, stating “One week after being discharged from the emergency department, lower back pain patients had improved equally, regardless of whether they were treated with naproxen and diazepam or naproxen and placebo. By three months after visiting the emergency department, most patients had recovered completely, regardless of what treatment they received.”

This study adds to an existing body of evidence that suggests that certain medications may not be an effective route for treating lower back pain, highlighting the need for other, more efficient treatment options.

Related: How to properly diagnose lower back pain