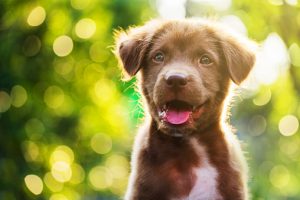 A new study in Psychological Science has found that creating links between your spouse and positive images can increase overall marital satisfaction. Originally requested as part of a grant from the Department of Defense to help military spouses deal with the strains deployment can have on a marriage, researchers at Florida State University sought a short-term intervention that could reignite the spark many marriages struggle with holding on to. Their unexpected solution: looking at pictures of puppies and bunnies.

The experiment consisted of 144 married couples under 40 who were married for at least five years at the time of the study. A little less than half the participants had children. The basis for the study was evaluative conditioning, made famous by Pavlov and his dogs. The researchers wanted to see if creating new positive associations to your partner could act as a sort of short-term interventional therapy for couples facing decreases in marital satisfaction.

In the experimental group, the images that accompanied the photos of the participants’ spouses were always of positive things and words. In the control group, these images were of neutral items, without a positive or negative connotation. After viewing the stream of images, the participants were shown photos of different faces very quickly, once again including photos of their spouse. They were then shown a list of words and were asked to gauge their immediate emotional response to each one, be it positive or negative. Over the course of eight weeks, the participants’ emotional attitudes toward their spouse were measured four times.
They predicted that that the participants who had been primed to associate their partner’s image with positive feelings (like you would get from looking at puppies or bunnies) would then have more positive responses to the words they were asked to look at after seeing images of their partner again, without the positive images they had been paired with previously.

As predicted, over the course of the experiment, those participants who were shown images featuring positive stimuli, such as puppies and bunnies, also showed a more positive emotional response to their partner’s image. This gave the participants a more positive attitude toward their spouse and a greater sense of overall satisfaction with their marriage.

The researchers themselves were surprised by how effective the study was at increasing satisfaction in the short-term between the participating couples.