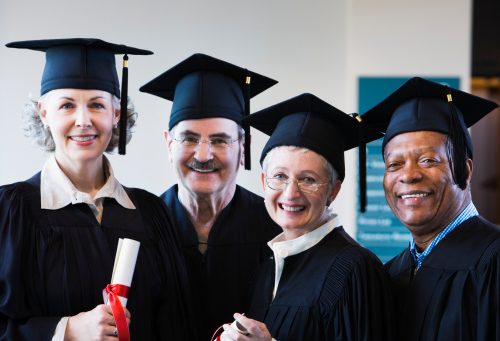 Recent research revealed that a fit body can lead to a younger brain. The study, led by Dr. Hideaki Soya from the University of Tsukuba, researched the benefits of physical exercise on the aging brain using neuroimaging. The researchers uncovered that there is a direct relationship between exercise and brain activity and function. Their research was conducted on Japanese men and found that the fitter the man, the better he performed mentally.

For the study 60 older Japanese men underwent exercise tests to measure aerobic fitness levels. The men then performed tests to measure selective attention, executive function and reaction time. For the second test, the researchers employed a well-known test called the “color-word matching Stroop test.” The men were shown words in colors like black, blue and red except the actual color of the words were not the color which was stated. The men were asked to share the color they saw, not the color they read. The time it took the men to state the color they saw was reported and determined brain function. Furthermore, the researchers used neuroimaging, which measured blood oxygen concentration in surface blood vessels, indicative of activity in the brain’s outer layers. The technology measures changes in oxygenated and deoxygenated blood from the brain regions that measure brain activity.

Results from the brain function and activity test were compared to the aerobic fitness test. The first set of findings confirmed that older adults do use both sides of the brain. The researchers then uncovered that men who performed better during the aerobic test performed better on the Stroop test as well. Furthermore, the fitter men used more of the left side of the brain – the side we use when younger – thus suggesting a physically fit body contributes to a younger brain.

Although the research was conducted on men, and it isn’t clear if research on women would yield the same findings, the researchers suggest that it’s still a good idea for women to also get out and exercise to maintain a younger brain.

The findings were published in NeuroImage.