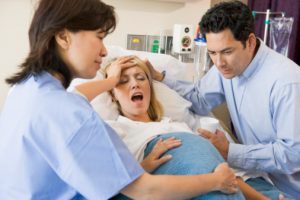 A new study has found that when an empathetic partner holds the hand of a woman in pain, pain decreases, and their heart rates and breathing sync together. Lead author of the study Pavel Goldstein explained, “The more empathic the partner and the stronger the analgesic effect, the higher the synchronization between the two when they are touching.”

The researchers studied 22 couples to explore a concept known as “interpersonal synchronization,” which suggests that individuals will physiologically mirror each other.

It’s known that, subconsciously, individuals will mirror people’s footsteps when walking alongside them. Likewise, people mirror each other’s body language when engaged in a conversation. More recent studies found that those who watch an emotional movie together sync their heart rates and breathing. Other studies have shown that when a romantic couple is in each other’s presence, their cardiorespiratory and brainwave patterns tend to sync as well.

The recent study is the first of its kind to explore interpersonal synchronization in regards to pain and touch. The researchers hope that their findings can translate to doctors steering away from opioid use to reduce pain.

The concept for the study derived from the birth of Goldstein’s daughter. He explained, “My wife was in pain, and all I could think was, ‘What can I do to help her?’ I reached for her hand and it seemed to help. I wanted to test it out in the lab: Can one really decrease pain with touch, and if so, how?”

For the study, 22 long-term heterosexual couples underwent a series of tests that mimicked giving labor and delivery room scenarios.

Goldstein suggested that interpersonal synchronization works because it triggers a part of the brain known as the anterior cingulate cortex, which is associated with pain perception, empathy, and heart and breathing function.

The only limitation to the study was that it only tested heterosexual couples.

The takeaway here is that if you’re going through a painful experience—labor, getting a tattoo—it’s wise to have your loved one present to offer support.

The science of love

The Healthy Truth: How love affects your health