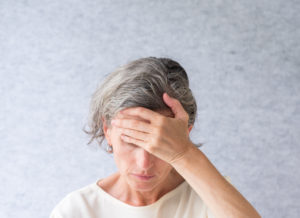 New research is helping to outline the importance of physical activity for mental health in women experiencing menopause. Women in all stages of menopause show a higher risk of depressive symptoms, and this new study helps to understand new treatment options struggling with mental health issues.

Those with late menopausal status were found to show the most elevated levels of depression that indicate the negative dimension of mental well-being. However, the study suggests that a high level of physical activity is linked to fewer depressive symptoms, higher satisfaction with life, and higher positive affectivity in menopausal women.

Doctoral student Dmitriy Bondarev from the Gerontology Research Center and Faculty of Sport and Health Sciences, University of Jyväskylä, Finland said, “According to our research, postmenopausal women had more depressive symptoms than peri- or premenopausal women. At the same time menopause was not related to positive mental well-being.”

Menopause is the time in a woman’s life when menstruation stops. On average, it occurs naturally around the age of 45 when the ovaries stop producing the hormones estrogen and progesterone. Studies have shown that it can have a far-reaching effect on many bodily functions, however, the research between menopause and psychological functioning in middle-aged women has only just begun.

Some women don’t have any trouble with menopausal symptoms. For others, it can be a tough time, bringing hot flashes, insomnia, moodiness and irritability, pain during sex, and depression.

“Physically active women had lower depressive symptoms, had higher positive affectivity scores and were more satisfied with life in comparison to inactive women,” Bondarev explains. “Thus, being physically active during the menopausal transition may help to withstand the negative influence of menopause on depressive symptomatology and spare positive mental well-being.”

The study was part of the Estrogenic Regulation of Muscle Apoptosis (ERMA) study involving over 1,000 women aged 47 to 55 living in Jyväskylä, Finland. Researchers relied on self-reporting of the participants about physical activity and mental well-being.

Due to the restrictions of this study, more research is needed to come to a better understanding of the cause and effect of the link between physical activity and mental health. Questions remain such as how much exercise is needed, and what types of exercise are best for women in menopause. Researchers hope these questions will be answered in follow up studies.