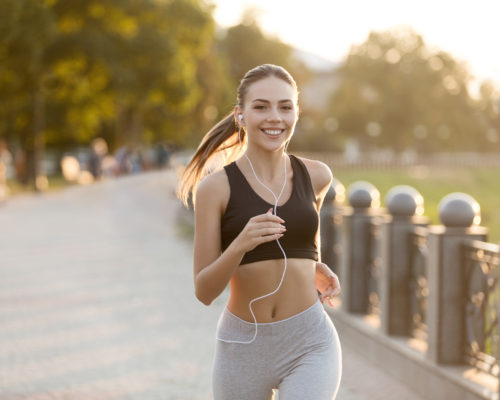 Physical activity early in life is significant for strong bones later in life. This new information was found after examining data collected from the “Children of the ’90s'” study.

For the study, researchers analyzed data from 2,569 participants. Healthy individuals had physical activity measured up to four times using accelerometers worn as part of clinical assessments at age 12, 14, 16, and 25 years. Accelerometers are devices that measure a persons’ movement providing valuable information for the researchers.

As peak bone mass occurs in young adulthood, researchers have realized that it can be a marker of the risk of fracture and osteoporosis in later life. By looking specifically at hip strength throughout life, researchers hope to reduce the number of hip fractures, which make up a large proportion of the osteoporosis disease burden.

It was found that more time spent doing moderate-to-vigorous intensity physical activity (MVPA) from the age of 12 was associated with stronger hips at age 25 years. This was compared to participants who participated in light-intensity activity and showed less hip strength in adulthood.

Adolescent MVPA is more important at a younger age and can have a huge impact as the person ages. Higher impact activity has also been related to stronger bones at the age of 25. This included exercises such as jumping, which was assessed once in a subsample in late adolescence using a custom accelerometer.

Dr. Ahmed Elhakeem, lead author and Senior Research Associate in Epidemiology, said: “The unique availability of repeated accelerometer assessments over many years beginning at age 12 within the Children of the 90s cohort, allowed us to describe the trajectory of time spent in different physical activity intensities through early life and to examine how this might relate to adult hip strength. The results highlight adolescence as a potentially important period for bone development through high-intensity exercise, which could benefit future bone health and prevent osteoporosis in later life. We have also confirmed other studies showing that levels of MVPA decline through adolescence. Our findings show it is really important to support young people to remain active at this age”

As children across the globe get less daily exercise than generations before, studies on the importance of physical activity are important to understand the health risks it may cause. So far, researchers are certain that children need to be doing moderate to vigorous-intensity physical activity during their early adolescence to maximize bone strength in later life and reduce the risk of painful fractures.

Young people need to be supported and encouraged to be more physically active. By making this a priority, bone health and general health will increase, and overall, they will be healthier and have fewer health problems later in life.