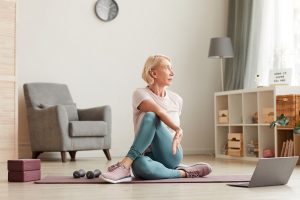 For those with depression, physical activity can not only lighten their mood but also give the brain the jolt it needs for daily learning processes. The dual beneficial effect of physical activity was confirmed by a study at the University Clinic for Psychiatry and Psychotherapy at Ruhr-Universität Bochum (RUB).

This study was able to show how physical activity can be beneficial in treating and preventing illnesses such as depression while also increasing the brain’s ability to change. This change is necessary for adaptation and learning processes.

To investigate the effect of physical activity, researchers looked at 41 people who were undergoing depression treatment in a hospital. Each participant was assigned to one of two groups.
The first group completed a three-week exercise program which was developed by the sports science team from the university. This exercise program contained fun elements and did not rely on competition or testing, but instead revolved around teamwork from the participants. This program was designed to promote motivation and social togetherness while breaking down the fear of negative experiences and challenges that often come with physical activity.

The second group took part in a controlled program with no physical activity.

Researchers collected information on the severity of the depressive symptoms such as lack of motivation, negative feelings, and a loss of drive and interest from each participant before and after the program. The neuroplasticity, or the brain’s ability to change, was also measured with the help of transcranial magnetic stimulation.

The study was able to show that the brain’s ability to change is lower in people with depression than in healthy people. Those who were in the program with physical activity showed a significant increase in changes in the brain and achieved the same values as healthy people. The depressive symptoms also decreased in this group.

The Effect of Physical Activity

It is known that physical activity does the brain good, as it, for instance, promotes the formation of neuron connections. This could certainly also play a role here.”

Although more research is needed to fully understand the link between physical activity and the changes noted in the brain, this study helps to show the benefit of daily exercise.