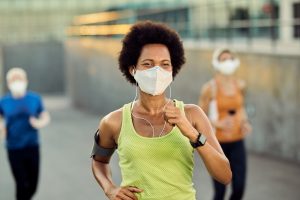 New research suggests that physical activity may build up calcium deposits in the coronary arteries, the amount of which is used to determine future cardiovascular disease risk. This new information contradicts how physical activity is generally viewed for heart health.

This new research shows that physically active people may have higher levels of calcium deposits in their coronary arteries. Researchers now stress it’s unclear whether exercise itself may be associated with calcification (artery hardening).

To explore this further, researchers studied healthy adults who underwent regular checkups at two major health centers in Seoul and Suwon, South Korea, between 2011 and 2017 as part of the Kambuk Samsung Health Study. Each participant was required to fill out a questionnaire that included medical and family history, education, and lifestyle questions. Blood pressure, blood fat, and weight were also recorded.

Each participant was put into a category at the first checkup based on their physical activity. They were classified as either inactive, moderately active, or health enhancing physically active. Throughout the research period, scans tracked the development of coronary artery calcification, which was then scored using the CAC score.

Participants who were more physically active tended to be older and less likely to smoke compared to those who were less physically active. They also had lower total cholesterol, higher blood pressure, and existing evidence of calcium deposits in their coronary arteries.

Researchers were able to make an association between physical activity level and the prevalence of coronary artery calcification over time. It was found that higher physical activity was associated with faster progression of CAC scores both in those with no calcium deposits and in those who already had a low CAC score at the start of the study period.

The coronary artery calcium score (CAC) is used to monitor treatments to help prevent heart attack or stroke. It is common for patients to be prescribed statins if their score is 100 or above.

It’s believed that physical activity may increase artery narrowing through mechanical stress and vessel wall injury and through the physiological responses it creates, including increases in blood pressure and parathyroid hormones. The effect of diet, minerals, and vitamins may also be modified because of physical activity.

Researchers do not rule out the fact that physical activity may increase CAC scores without increasing cardiovascular disease risk. They also stressed that these findings do not outweigh the numerous health benefits of exercise, such as reducing the risk of obesity, diabetes, heart attack/stroke, and death.

Patients and physicians, however, need to consider that engaging in physical activity may accelerate the progression of coronary calcium, possibly due to plaque healing, stabilization, and calcification.”