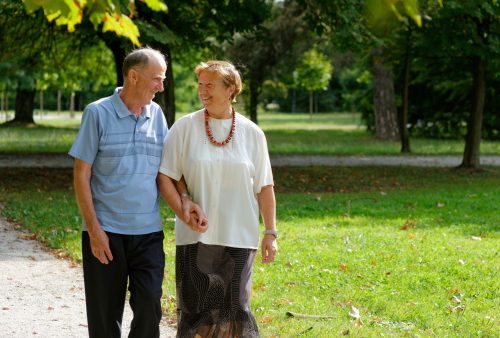 Physical activity has been shown to improve memory and slow down cognitive decline in older adults. The recent study found older adults that partake in walking or jogging performed better on memory tasks compared to those who are sedentary.

The study consisted of 29 young adults between the ages of 18 and 31 and also 31 older adults between 55 and 82. The participants wore a device called ActiGraph, which records information like how many steps a person takes and how much time was involved. Neuropsychological tests were also conducted to assess memory, planning and problem solving.

Being physically active can mean a lot of different things, from basic walking to taking the stairs as opposed to an elevator. Dr. Hayes concluded, “More research is needed to explore the specific mechanisms of how physical activity may positively impact brain structure and function as well as to clarify the impact of specific exercise programs (e.g., strength, aerobic, or combined training) or dose of exercise (frequency, intensity, duration) on a range of cognitive functions.”

The findings were published in Journal of the International Neuropsychological Society.