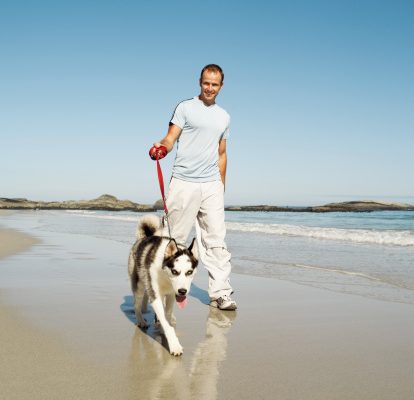 A dog is truly a man’s best friend, but not only for their loyalty. The majority of American’s own a pet, but if you are amongst the 40 percent who do not, you may want to reconsider – a pet may not only warm your heart, but may actually help to protect it as well. Heart disease is the number one cause of death in America and 11.5 percent of Americans are currently diagnosed with it. A healthy diet and regular exercise have long been promoted as the top preventative methods for heart disease. However, a new study now promotes a totally different approach to heart health, claiming that owning a pet can actually reduce your risks for heart disease.

Numerous studies have linked pet ownership to a reduced risk for heart disease, and most recently, the American Heart Association published an official statement: “Pet ownership, particularly dog ownership, is probably associated with a decreased risk of heart disease.” The reduction in heart disease risk factors includes a reduction in blood pressure, cholesterol levels, and lower risk of obesity.

Pets tend to have a relaxing effect on people and help to lower stress levels, which is beneficial since chronic stress is associated with an increased risk for heart disease. In fact, the stress reducing benefits of pets is so profound that some post-secondary schools are not only starting to allow pets on campus, they are actually building pet rooms for students to visit as a means of reducing student stress levels and boosting neurotransmitters associated with happiness. Companies are also acknowledging the stress and anxiety reducing benefits of pets and an increasing amount of employers are allowing pets into the workplace.

In addition to reducing heart disease risk factors, research has found that pet ownership significantly increases a person’s chances of survival after a heart attack. One study found that about 94 percent of pet owners who had a life-threatening heart attack were still alive a year later, whereas only 72 percent of non-pet owners had survived a year post-heart attack.

Owning a dog is considered particularly beneficial for reducing heart disease risk, as it encourages more physical activity. Dog owners tend to walk more and engage in active game-play with their canine companions. In fact, one large-scale study conducted on 5,400 adults found that dog owners are 54 percent more likely to get the recommended level of exercise for cardiac care benefits. According to Harvard Health, dogs also tend to offer a valuable source of affection for their owners, and  “the emotional benefits of having an affectionate creature are also one of the theories for why dog-lovers live longer.”

Glenn N. Levine, M.D., professor at Baylor College of Medicine in Houston, warns that it is still not clear whether owing a pet directly reduces heart disease risk, or if people that lead healthier lifestyles are the ones that are more apt to own a pet. While the cause of heart disease risk and pet-ownership has not been established, further research is needed to more definitively conclude the association.

Although the data suggests owning a pet will reduce risk of heart disease, it is important to note that lowering this risk should not be the sole reason for owning a pet – it’s important that owners give just as much love to these cuddly companions as they giddily offer in return.