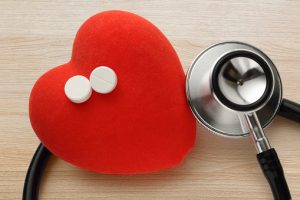 Anyone who has had a heart attack will know that one of the most surprising medications used to reduce your risk of future heart attack is aspirin. The reasoning for this is that aspirin is great at reducing clot formation in the body, allowing blood to flow more smoothly, aiding in the reduction of stroke and heart attack risk. However, according to a new study, aspirin may not provide cardiovascular benefits for patients who have peripheral vascular disease.

Peripheral vascular disease (PVD)—also called peripheral arterial disease—is a circulatory problem in which narrowed arteries reduce blood flow to the limbs, such as the legs. These limbs to not receive adequate blood flow during times of increased demand, leading to pain and discomfort in the limbs affected during activities like walking. It is estimated that approximately 8.5 million Americans have peripheral vascular disease, according to the Centers for Disease Control and Prevention.

In a meta-analysis conducted by the University of Florida, 11 aspirin therapy trials involving 6,560 peripheral vascular disease patients found no significant effect on death rates and the incidence of stroke, heart attack, or major cardiac events. The average age of patients included in the study was 62, with 62 percent being women, 32 percent having diabetes, and 67 being current or ex-smokers. Of the major findings from the analysis, researchers found that after about six years, 7.7 percent of PVD patients who took aspirin had died compared with 8.5 percent in a control group. The incidence of stroke was found to be 3.2 percent in aspirin users and 4 percent in non-users, with heart attacks seeing an incidence of 3.5 percent among aspirin users and 5.5 percent among non-users. While a difference was seen, this data is considered statistically insignificant and had overlapping confidence intervals. Also, the prevalence of other major adverse cardiac and cerebrovascular events was observed to be similar among both groups.

“Among patients with peripheral vascular disease, many of them may not be deriving the benefits from aspirin that they expect to be getting,” said Anthony A. Bavry, M.D., an associate professor at the UF College of Medicine.
The researchers go on to say that they do not intend for this analysis to weight negatively on the use of aspirin in PVD patient, but only to serve as being the most up to date information comparing outcomes among those you take aspirin and those who don’t. They stress that those taking aspirin on a daily basis should continue doing so, but to speak with their doctor about these current findings.

“Aspirin might not be a miracle drug for certain patients. We need to reconsider the evidence and see who benefits from aspirin therapy and who does not,” said Ahmed N. Mahmoud, M.D., a cardiology fellow in the department of medicine and a co-author of the study.