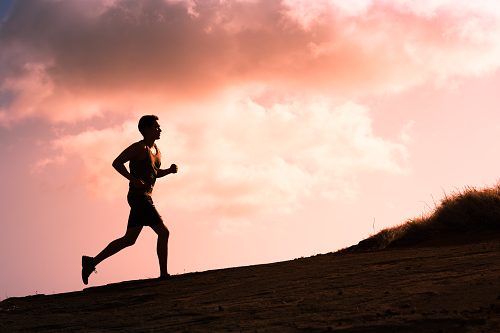 Running is a great way to exercise as it involves the entire body. It is easy to do and allows you to stay moving and take you places compared to other more stationary exercises. Unfortunately, because the whole body is being utilized, many runners may suffer from eventual chronic back pain caused by excessive stress on the body.

However, a new study from Ohio State University may have identified the cause back pain in runners and possible exercises to prevent it. Runners with weak deep core muscles are at higher risk of low back pain, with the scientists finding that most people’s deep core muscles are not nearly as strong as they should be.

The researchers reached this conclusion using motion detection technology and force-measuring floor plates. These evaluation methods were used to examine the rule of superficial and deep core muscles.

“We measured the dimensions of runners’ bodies and how they moved to create a computer model that’s specific to that person. That allows us to examine how every bone moves and how much pressure is put on each joint,” said Ajit Chaudhari, associate professor of physical therapy and biomedical engineering at Ohio State University Wexner Medical Center, who led the study.

Using this simulation, the researchers were able to virtually “turn off” certain muscles and observe how the rest of the body compensates. Having weak deep core muscles, which are essentially deep abdominal and spinal muscles, force more superficial muscles to work harder and fatigue faster, reaching a point where these superficial muscles are doing the work of the deep core muscles.


This compensation of work by the superficial abdominal muscles allows you to run properly but has the negative effect of increasing the load on the spine, so much so that it may lead to low back pain.

Even professional athletes who predominantly run tend to neglect their core muscles. Also, many fitness magazines and online sources spread misinformation about core strength. Experts say that ab exercises with a large range of motion, such as sit-ups or back extensions, are not enough to be a better runner.

The researchers instead suggest that exercises such as planks on uneven surfaces, which focuses on stabilizing the core, make you a better runner.

“Working on a six-pack and trying to become a better runner is definitely not the same thing. If you look at great runners, they don’t typically have a six-pack, but their muscles are very fit. Static exercises that force you to fire your core and hold your body in place are what’s really going to make you a better runner,” Chaudhari said.

Related: What causes burning back pain?