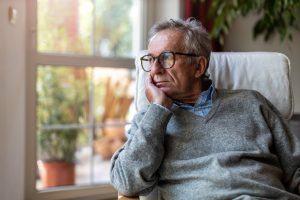 Early results from a study published in the online edition of Sleep suggests that people with a traumatic brain injury (TBI) and a sleep disorder have an increased risk of developing dementia. The study of more than 700,000 people was conducted by the Kite Research Institute, the research arm of the Toronto Rehabilitation Institute, and one of the principal research institutes at the University Health Network.

The study involved a province-wide cohort of all adult patients who were free of dementia when admitted to the emergency department of the hospital with a diagnosis of TBI between May 2003 and April 2013. The total number of patients admitted was 712,708 who had TBI of all severities. Their median age was 44 years, and 59% were male.

The study conclusively showed that over a median follow-up period of 52 months (four years), TBI patients with a diagnosed sleep disorder were 25% more likely to develop dementia.

When separated by sex, the results were similar. In men with TBI, having a sleep disorder was associated with a 25.5% increase in the risk of incident dementia, and in women with TBI and a sleep disorder, the risk was 23.4%. Analyses controlled for age, sex, injury severity, income level, and known comorbidity risks.

Lead author and primary investigator Dr. Tatyana Mollayeva said, “Our study’s novelty is its confirmation of sleep disorders’ association with incident dementia in both male and female patients, independently of other known dementia risks. We are also the first to report on the risks that sleep disorders and other factors pose separately for male and female patients with TBI.”

Dementia is an umbrella term used to describe a set of related symptoms which surface when the brain is damaged by injury or disease. It is the loss of cognitive functioning, thinking, remembering, and reasoning. Behavioral abilities are also distorted to such an extent that it interferes with a person’s daily life and activities. These functions can include memory, language skills, visual perception, problem-solving, self-management, and the ability to focus.

Dementia is a disease that is rising in society worldwide, so research is vital for treatment and prevention. This study helps to outline the strong links to the incidence of dementia in both sexes and suggests a need for more targeted sleep disorders risk awareness in patients with traumatic brain injury (TBI).