Home » Health News » People with Symptoms of Depression Can Lead to the Onset of Stroke: Study 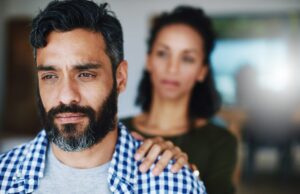 Depression is a serious mental health condition that can lead to several health problems, including stroke. A new study has found that adults who exhibit symptoms of depression are at an increased risk of having a stroke.

If you are concerned about your mental health or are experiencing symptoms of depression, it is important to get help from a qualified professional. Stroke can be a debilitating and life-threatening illness, so it is essential to take steps to protect your health.

The study published in Neurology examined 10,797 adults with an average age of 65 who had no history of stroke at the start of the study. All participants were followed for 12 years. During the follow-up time, 425 people had a stroke. They were matched with 4,249 participants who did not have a stroke but were similar in gender, age, ethnic or racial identity, and other health conditions.

All participants were required to take a survey every two years asking if they had experienced symptoms of depression in the past week. These symptoms included feeling sad, feeling lonely, restless sleep, or if everything felt like an effort. The more symptoms the participants had, the higher their scores.

Researchers found that people with a stroke and those without had roughly identical scores six years before a stroke. However, about two years before the stroke, the scores of people who had a stroke started increasing. Following a stroke, depressive symptoms also increased for this group and were found to stay high for ten years after a stroke. In comparison, those who did not have a stroke remained roughly the same throughout the study.

“Depression is not only a post-stroke issue, but also a pre-stroke phenomenon,” said study author Maria Blöchl, PhD. “Whether these pre-stroke changes can be used to predict who will have a stroke is unclear. Exactly why depressive symptoms occur pre-stroke needs to be investigated in future research. Also, the study underscores why doctors need to monitor for symptoms of long-term depression in people who have had strokes.”

Brain health can be affected by depression and other factors, so it is vital to take steps to help it function at its peak potential. If depression, stress or other environmental factors are left untreated, it can lead to cognition problems which can affect memory, concentration, and overall brain function.

However, The Smart Pill can help to enhance cognitive function and memory through 9 ingredients that help to support, nourish, and maximize brain health. These include ginkgo biloba, huperzine A, bacopa extract, rosemary extract, and a B vitamin complex. This unique formula helps boost circulation, fight free radicals, and provide nutritional support to assist with brain function, helping with mental health.