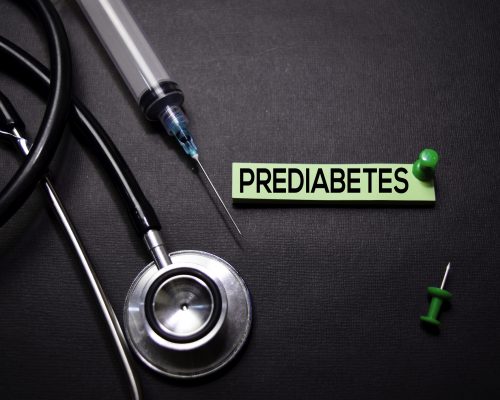 Prediabetes and brain health could be related, according to a new study led by UCL researchers. Researchers suggest that people with prediabetes whose blood sugar levels are higher than usual may have an increased risk of cognitive decline and vascular dementia.

The study, published in the journal Diabetes, Obesity, and Metabolism, included data from the UK Biobank of 500,000 people with an average age of 58. At the beginning of the study, all participants underwent an HbA1c test, which determines average blood sugar levels over the past two to three months. They were then divided into five groups, including “low-normal” levels of blood sugar, normoglycemia (having a normal concentration of sugar in the blood), prediabetes, undiagnosed diabetes, and diabetes.

All participants were analyzed for how their different blood sugar levels, or glycemic states, were associated with cognitive tests performance over time, dementia diagnosis, and brain structure measured by MRI scans of the brain.

Researchers used data from assessments of visual memory to determine whether participants had cognitive decline. It was determined that, on average, people with higher-than-normal blood sugar levels were 42% more likely to experience cognitive decline over an average of four years.

Looking at dementia diagnosis, researchers found that prediabetics were 54% more likely to develop vascular dementia over an average of eight years. Vascular dementia is a common form of dementia caused by reduced blood flow to the brain, but not Alzheimer’s disease.

These results remained valid after adjusting for other influential factors, including age, smoking, BMI, and cardiovascular disease incidents.

Senior author Professor Nishi Chaturvedi said, “In this relatively young age group, the risks of cognitive decline and of dementia are very low; the excess risks we observe in relation to elevated blood sugar only modestly increase the absolute rates of ill health. Seeing whether these effects persist as people get older, and where absolute rates of disease get higher, will be important.”

The study conclusion noted that some of the differences found could be explained by elevated blood pressure. Some patients taking antihypertensive medication were likely to have more WMHs (white matter hyperintensities) and smaller hippocampal volume, both of which are associated with age-related cognitive impairment. Researchers believe the use of this type of medication may indicate earlier untreated high blood pressure, which can affect findings.