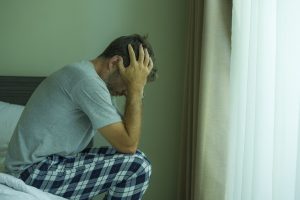 New research has found that people with multiple health conditions are more likely to suffer from depression and anxiety later in life. Published in The Lancet Regional Health – Europe, the study found that patients with respiratory conditions needed more mental health support.

The European study started because over a quarter of adults registered with primary care services in the UK have two or more physical health problems. Known as multimorbidity, this condition is predicted to rise considerably in the coming years.

Previous studies have linked multiple physical health problems and poor mental health, but researchers wanted to take it a step further, looking at how specific patterns of physical health conditions precede the onset of depression and anxiety.

For the study, data from 150,000 middle-aged adults from the UK Biobank was analyzed to investigate the relationship between physical health multimorbidity and depression and anxiety assessed six years later. The influence of variables such as age, gender, and socio-economic status was factored into the data.

Researchers found that patients with several respiratory health conditions such as asthma and emphysema had the highest risk of depression later in life. It was projected at more than three times the odds compared to those with no physical multimorbidity.

Senior author Dr. Alexandru Dregan said, “The finding that the different patterns of physical health conditions confer different levels of risk of later developing depression and anxiety could help inform services as to which patients require which kind of support. Further research is needed to investigate the mechanisms that link the different clusters with depression and anxiety, which can ultimately help us to develop better approaches to supporting those with long term conditions better and providing more integrated care.”